Samsung Galaxy A80 – A Notchless Screen Smartphone Worth Experiencing

Samsung Galaxy A80 packs a triple pop-up rotating camera module. Scroll down to see the Galaxy A80 full specification, features and price. 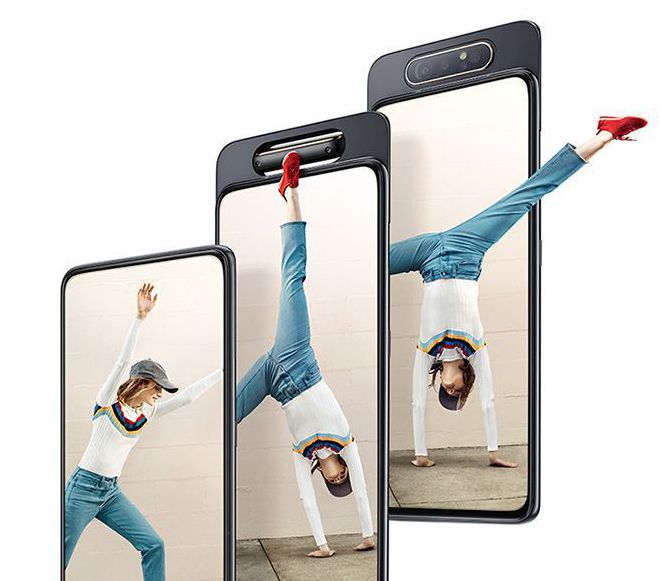 Samsung Galaxy A80 justifies this with awesome features like a bezel-less display “Notchless Infinity”, “pop-up” and rotating camera, fingerprints under the screen are also powerful. In addition, there is a large 3700mAh battery that can be charged quickly and you can easily expand the internal memory. Finally, the device is equipped with Android 9.0 Pie, so you can get started right away!

Galaxy A80 comes with a full HD + borderless screen design for good visibility. This is different from the other Galaxy A series smartphones previously released because it comes with a full-screen design, no camera appearance or a notch. To have such an optimal screen Samsung has turned the camera and sensor system into a pop-up module, meaning they will only appear when users use it.

In term of build quality, it has a premium glass design, with a metal frame running around its circumference which feels good in the hand.

The display has a 20:9 ratio, making it very elongated, but still relatively wide display space with high quality. The diagonal at 6.7 inches with 2400 x 1080 pixel, but the device still feels great in the hand. Thanks to the Super AMOLED technology, colours splash from the screen and the contrast is very high. That means enjoying every photo, movie or website that you view!

In order to optimize the display area on the screen, the camera on the Galaxy A80 is transferred to a slider module that only appears when users use it. The camera system on the Galaxy A80 also possesses a special feature that switches the camera through the 180-degree rotation mechanism before and after use.

Galaxy A80 packs a triple rear camera. This 3-camera cluster will take on both the front and rear camera roles thanks to the unique rotating slider design. 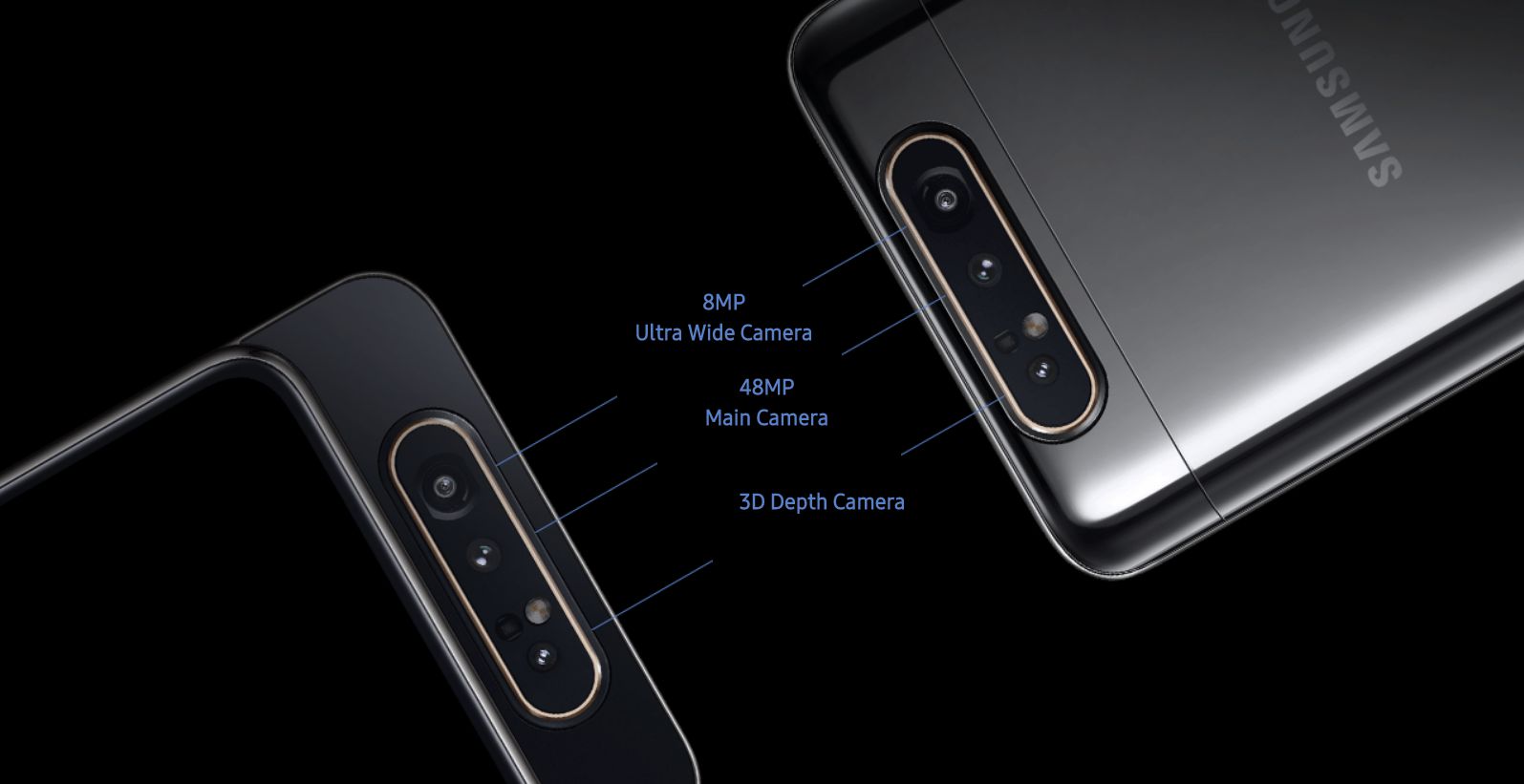 Pop-up cameras have also appeared on a number of notch-less smartphones over the past year, including the Vivo Nex and Oppo Find X. More recently, slider phones have also made a comeback on devices like the Honor Magic 2 and Xiaomi Mi Mix 3.

Privacy is and will, of course, remain important and Samsung also knows that. With the Galaxy A80, it uses an ultrasonic fingerprint scanner under the display — A feature both the Galaxy A50 and A70 already possess. Matter of keeping your finger in the right place and your device can be used immediately.

The battery can be charged quickly and is fully charged in no time, which is of course very nice. By the way, charging does not have to be done every day, because Samsung has opted for a 3700mAh battery.

The processor in this Samsung A80 is an Octa-core Qualcomm Snapdragon 730 chipset that provides enough power for everyday apps. Do you constantly use social media apps, check your videos on YouTube or do you occasionally play a simple game? Then you can opt for the Galaxy A80!

The device has 6GB RAM and 128 GB of internal memory as standard, where you can store everything. Think of applications, but also music, documents or of course your photos. If this is not enough, you can easily and quickly expand this with a microSD card. This device comes with Android 9.0 Pie with Samsung own One UI.

Here are the Samsung Galaxy A80 key specifications… 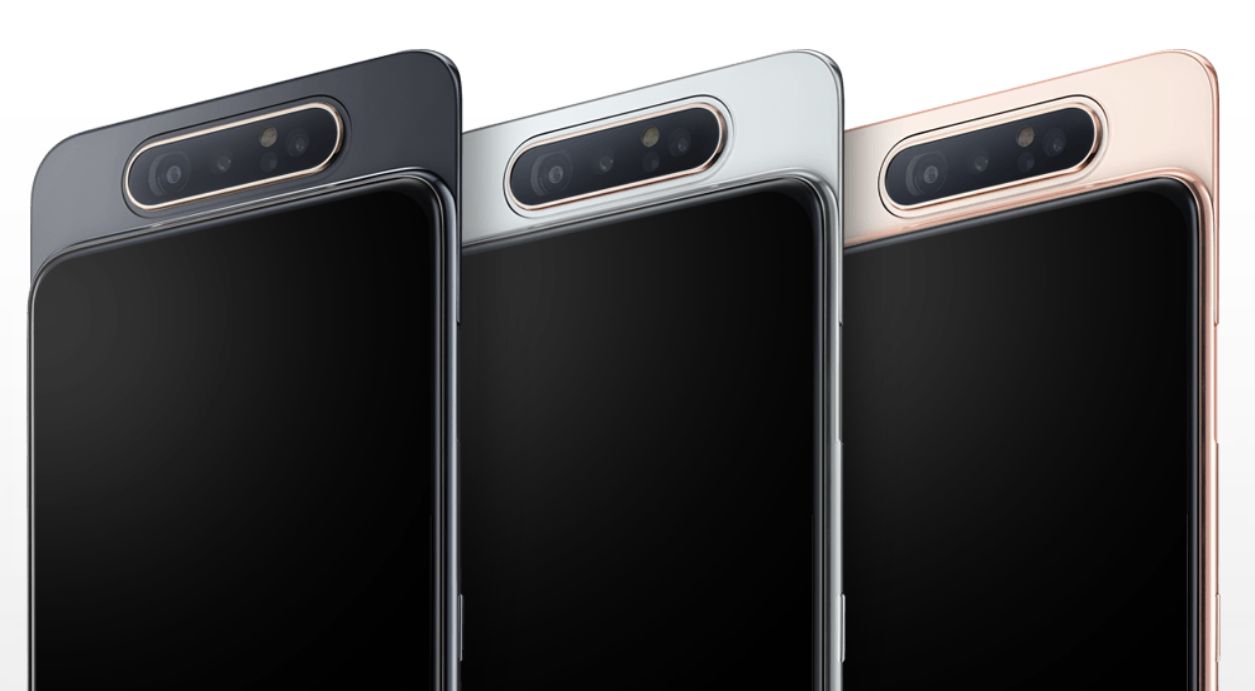 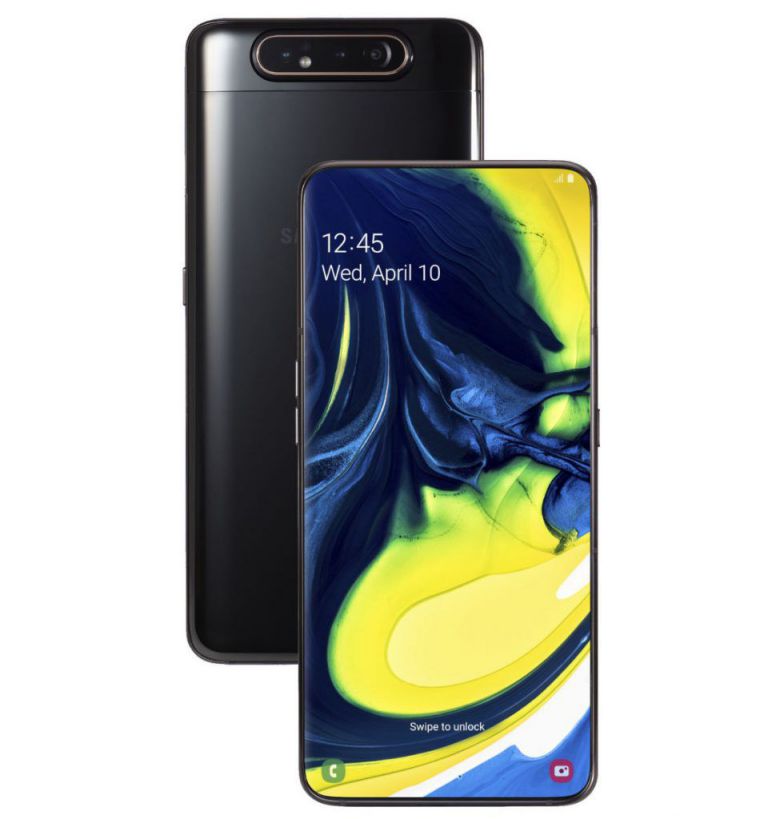 Samsung Galaxy A80 Price and Availability

The Samsung Galaxy A80 launched in April 2019 (Availability in May 29th, 2019); it is available in colours — Angel Gold, Ghost White, Phantom Black. You can order the phone from online shopping markets using any of the links below.

Where to buy Samsung Galaxy A80

CLICK HERE TO BUY THE GALAXY A80 in Nigeria.

Samsung is currently known as a smartphone brand that is quite slow in bringing the latest Android OS updates to its users. After getting...
Read more