Samsung Galaxy A20 — Another Budget Phone With Infinity-V Display

In just the first quarter of 2019, Samsung had released a couple of new devices and the new A-series smartphones are just one of the many they have unveiled. Samsung officially announced the Samsung Galaxy A10, A20, A30, A50, A70 and A2 Core Nigeria. The Samsung Galaxy A20 has a good combination to offer in terms of specifications and features for an attractive price.

Galaxy A20 specs feature two cameras on the back for every situation and a processor that can handle any everyday task perfectly. In addition, there is a large 4000mAh battery that can be charged quickly and you can easily expand the internal memory if you wish. Finally, the device is equipped with the latest Android 9.0 Pie!

Without much said, let’s delve deeper into the full features, specifications and price of the Galaxy A20 smartphone.

The display has a 19.5:9 ratio, making it very elongated, but still relatively narrow. The diagonal is 6.4 inches, but the device still feels great in the hand. Thanks to the AMOLED technology, colours splash from the screen and the contrast is very high. That means enjoying every photo, movie or website that you view!

Samsung Galaxy A20 boasts an excellent looking super AMOLED display. Unlike the Galaxy A30, Galaxy A50 and Galaxy A70 with Infinity-U design, this smartphone carries an Infinity-V display same with the A10. Meanwhile, the Infinity-V notch houses the 8 megapixels selfie camera. 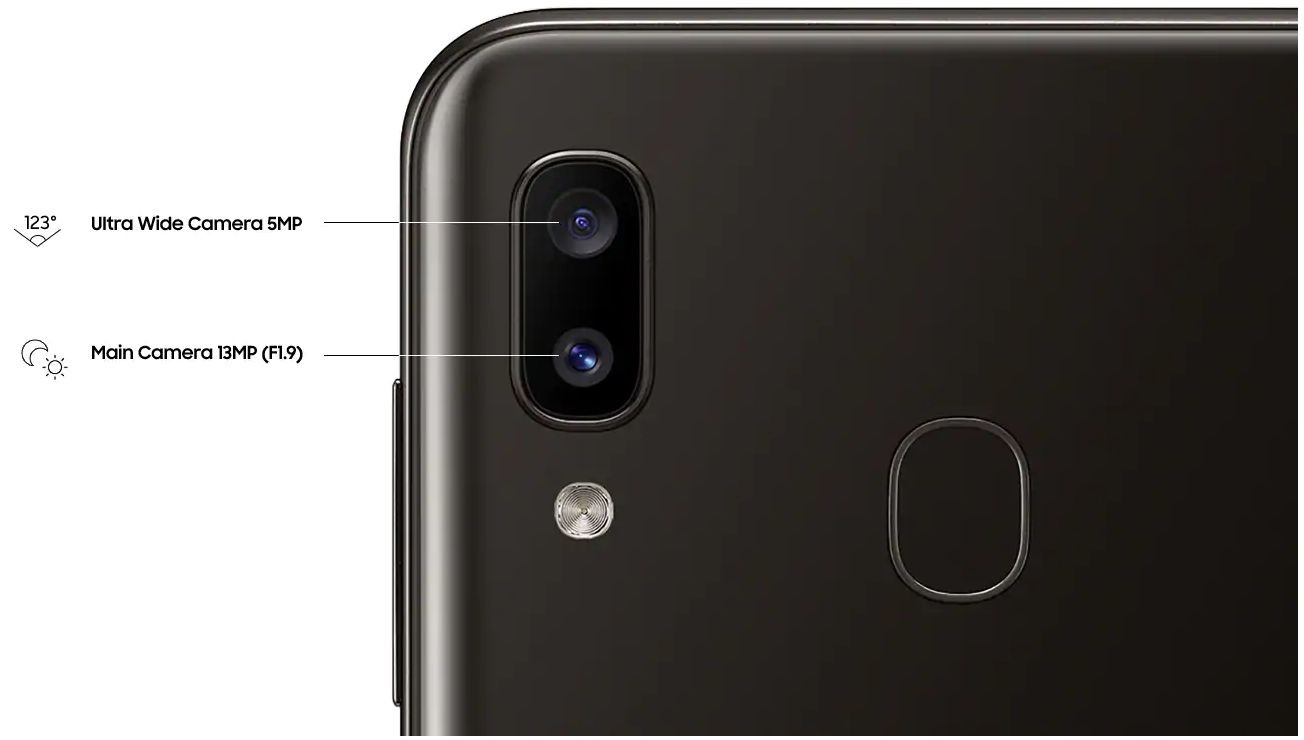 With this Samsung A20, Samsung has opted for a vertical arrangement of dual cameras. The main camera shoots images with great detail of up to 13 megapixels, while the second camera has a wide-angle sensor of 5 megapixels.

Samsung has opted for a 4000mAh battery. That means that you have to easily save the two days with intensive use according to the manufacturer. The battery can be charged quickly and is fully charged in no time, which is of course very nice.

The processor in this Samsung A20 is an Exynos 7884 Octa chipset that presents enough power for everyday apps. Do you regularly use social media apps, check your videos on YouTube or do you occasionally play a simple game? Then you can opt for the Galaxy A20!

The device has 3GB RAM and 32GB of internal memory as standard, where you can store everything. If this is not enough, you can easily and quickly expand this with a microSD card up to 512GB.

This device comes with Android 9.0 Pie and Samsung has made several changes to it. For example, the interface has been adjusted with their all-new One UI.

Here are the Samsung Galaxy A20 key specifications… 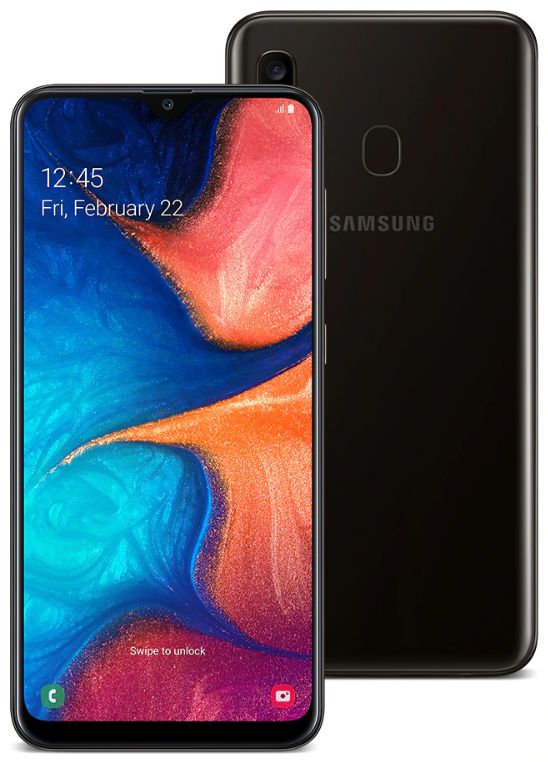 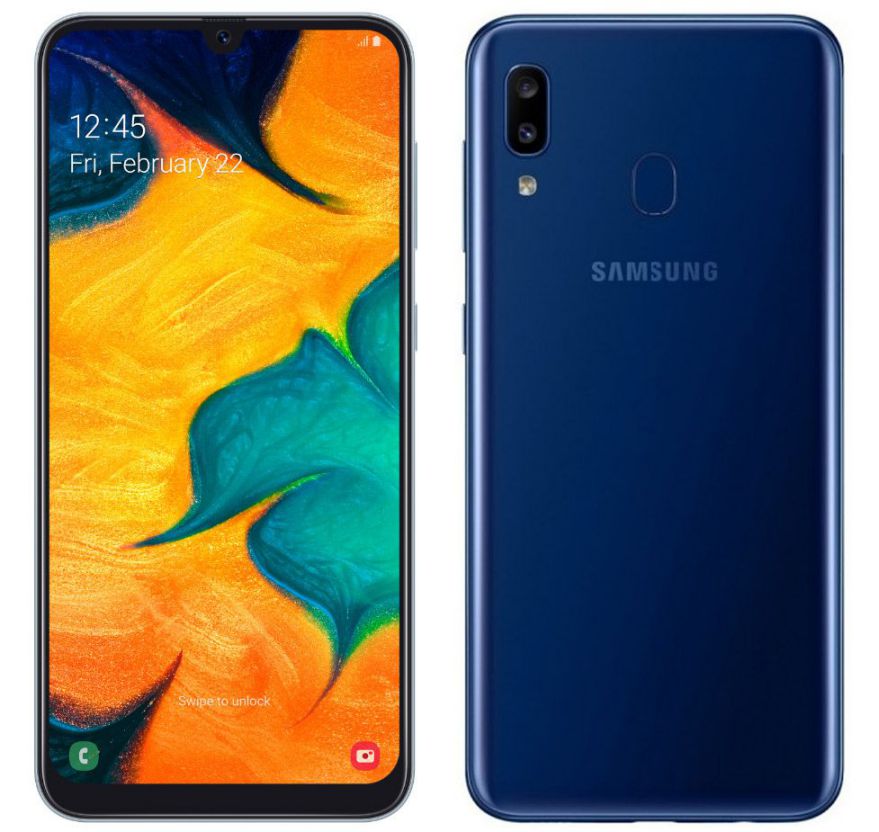 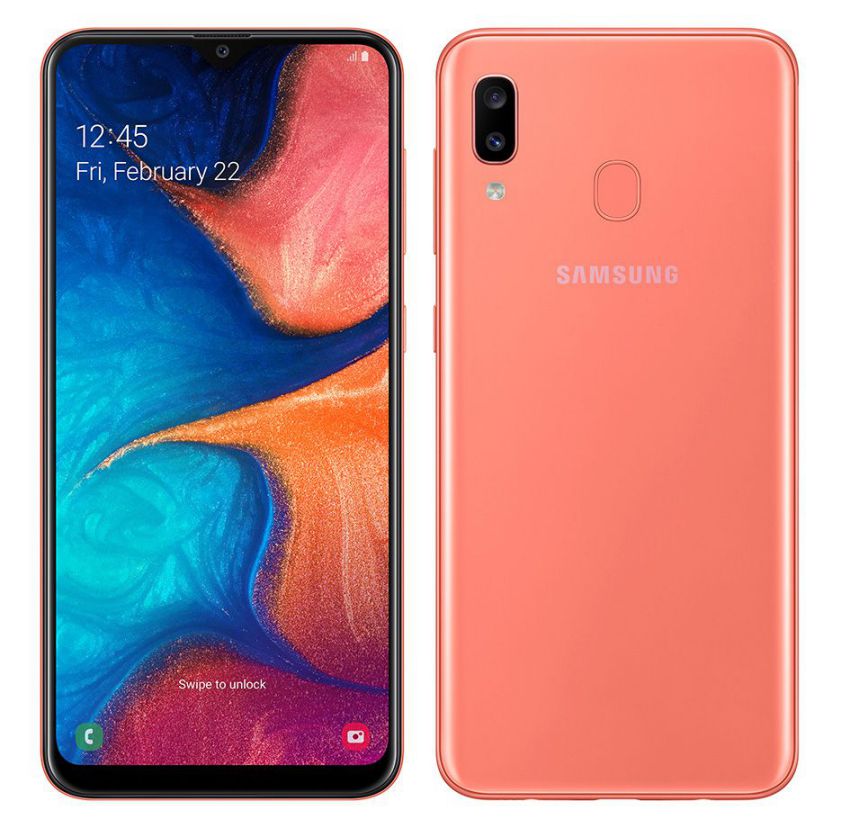 Samsung Galaxy A20 Price and Availability

The Samsung Galaxy A20 launched in March 2019; it is available in colours Coral, Blue, Black. You can order the phone from online shopping markets using any of the links below.

Where to buy Samsung Galaxy A20

CLICK HERE TO BUY THE GALAXY A20 in Nigeria.

0330 is a non-geographic number that is greatly used in the United Kingdom. These are alternative numbers to the superior...
Read
Tech Tutor

Is it difficult to watch or download Korean drama series online for free? Most of the pages to watch Korean dramas...
Read
Tech Gist

Xiaomi CEO Lei Jun revealed a smartphone model that became his preference by stating three of his favourite devices. First is...
Read

Samsung is out with another cool smartphone called the Samsung Galaxy A21s. This smartphone packs a lot of admirable features...
Read more