Are you searching for the best Chinese phones to buy? Here are the top Chinese smartphones (brands) with key specs, features and prices. 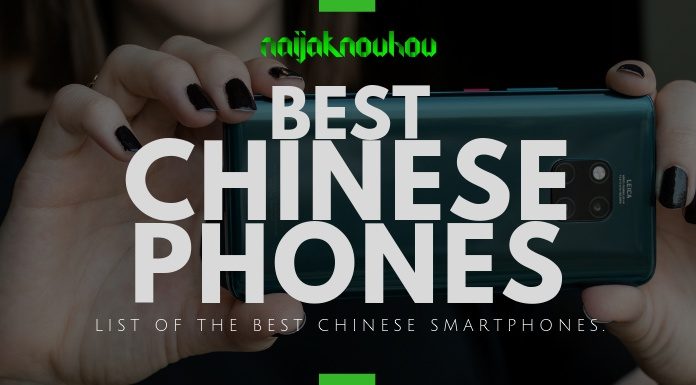 Are you searching for the best Chinese phones to buy right away, then keep reading to find out the best ones available.

Surely you’ve heard of brands such as Huawei, ZTE or Lenovo (surely you do not know that the latter, in addition to computers, manufactures phones). Xiaomi is increasing its fame so much that it has come to be called “the Chinese Apple”.

The problem with some of these Chinese phones is that they are difficult to obtain in Nigeria or other African countries. To be able to get hold of a Chinese mobile you will have to resort to pages like Jumia, AliExpress, Gearbest, eBay or Amazon.

Most Chinese phones we have tested have dual SIM, that is, they are capable of carrying two SIM cards at the same time. Although sometimes, the second SIM has to be inserted into the memory card slot, which means you will have to choose: either memory card or extra SIM card.

An increasingly large number of Chinese phones are compatible with 4G, although keep in mind that this might not work in your country. Always check the frequency bands before buying. Many Chinese mobile phones lack the 700MHz and 800MHz bands.

A large part of Chinese phones come with (cheaper) processors manufactured by MediaTek. Within this range, the fastest are Helio X25, X27 and X30. Being honest, they do not get to be as fast as the Qualcomm processors. 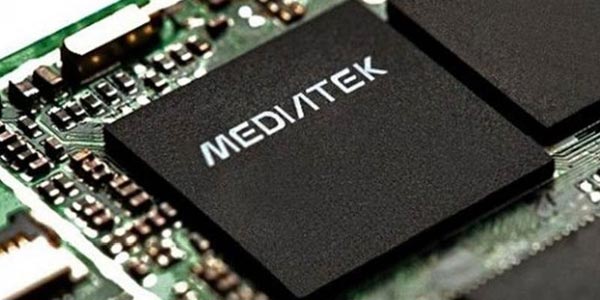 The RAM of Chinese mobiles is usually three or four gigs (sometimes even 6), and internal storage of 32 GB or 64 GB (in general). Although, we have some with even more RAM and ROM.

Chinese smartphone models with fingerprint scanner are now rampant, you will hardly find one without it. In fact, it’s not an important feature in all smartphones today.

They come with high pixel cameras (12MP and above in the rear camera and about 5 or 8 in the front). It may, however, be more in terms of pixels but the quality of photographs can’t be compared to that of the high-end smartphones. 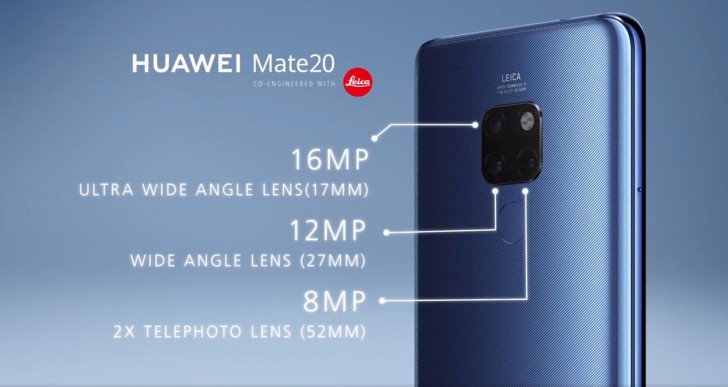 Chinese mobiles tend to have full-HD screens of 5.5 inches or even more. The screens are usually of quality, having many of them 2.5 Arc or 3D glass. This does not mean that the screen is curved, but that the margins are slightly curved.

Gorilla Glass is another of the frequent features in this type of smartphones, something quite important since it will be difficult to get a good cover to protect your Chinese mobile phone.

Smartphones in China usually allow you to set gestures to perform different actions. For example, touch twice to return to the home screen, draw a specific letter on the screen to open the camera, or gesture in a certain way to shoot the photo.

In the aspect of batteries, these Chinese smartphone comes with massive battery capacities. In fact, we’ve covered various battery life post on Naijaknowhow. Most Chinese phones come in 4000mAh, 5000mAh, 6000mAh battery capacity or even more. 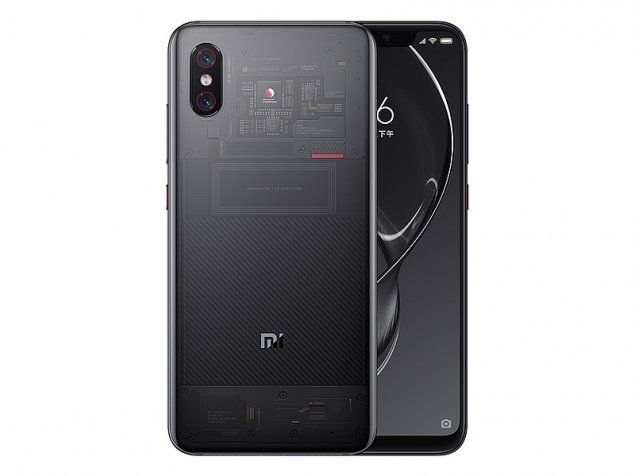 For €600, the Mi 8 Pro is an incredible purchase, as it puts up with many flagship phones available for significantly less money. This is the main reason the Xiaomi Mi 8 Pro should be taken into account when buying a new mobile.

With powerful performance, decent cameras, really practical software, an elegant fingerprint sensor on the screen and a transparent back cover, this phone turns into an all-terrain vehicle at a fantastic price. 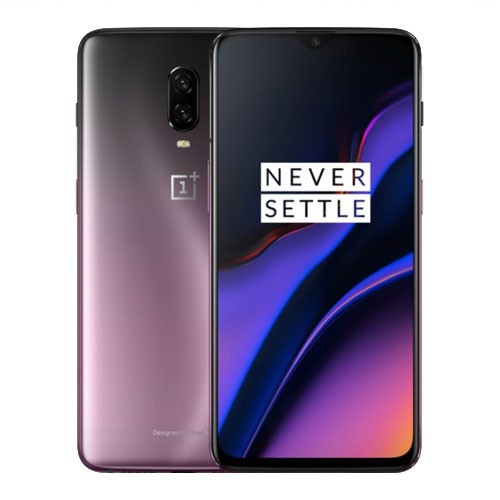 This is one of the best phones you can buy (despite being the first OnePlus phone without a headphone jack). The One Plus 6T has a fingerprint sensor on the screen, a loudspeaker of better quality than previous models and a much more durable battery. Conclusion: the OnePlus 6T is worth it.

Its large screen is excellent, the dual cameras are more efficient than ever and the performance is the best you can get on an Android smartphone right now along with the Pixel 3.

You will have to like the black colour since at the moment it is only available in this colour. OnePlus continues to lower the prices of the mobile phone industry by creating very, very efficient devices. 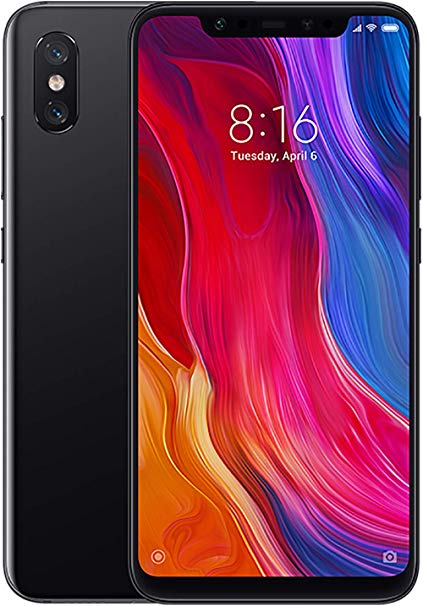 These are all reasons why you should go running to buy the Mi 8. Right now it costs several hundred dollars cheaper than many of the phones with which it competes.

We must admit that it saddens us to see that Xiaomi is not up to its rivals in terms of wireless charging, waterproofing, Quad-HD display and that the long-awaited fingerprint on the screen is unique to the Explorer edition. However, the Xiaomi Mi8 is an amazing phone, highly recommended. 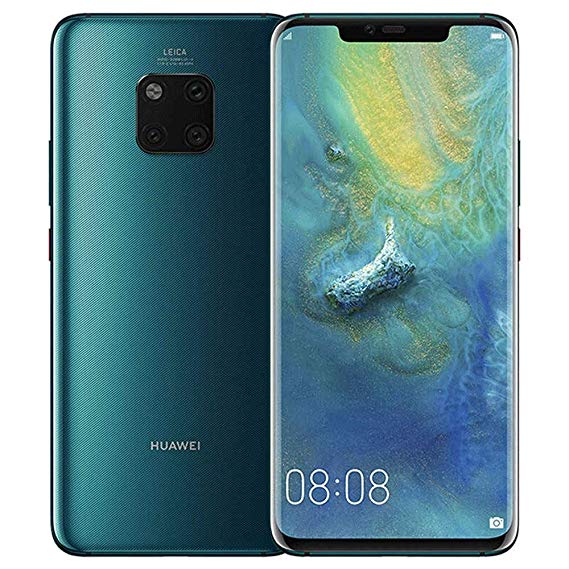 The Mate 20 Pro is an exceptional phone. The cameras will be the highlight for many people, but overall it’s a fantastic all-rounder with a high-quality display, super-fast charging, wireless charging and excellent battery life.

It is not perfect, but its small failures should not be an obstacle for most users. 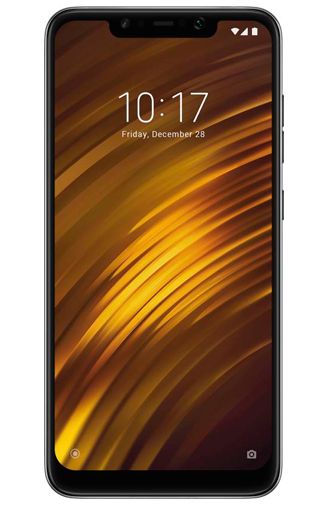 I am convinced Pocophone F1 is one of the best Chinese phones to date.

Xiaomi has done an extraordinary job creating a high-performance phone at an incredibly cheap price. It may not be the thinnest and lightest phone of all, but its design remains attractive and desirable.

If you like the Mi8 but your budget cannot be stretched, this is the phone for you. 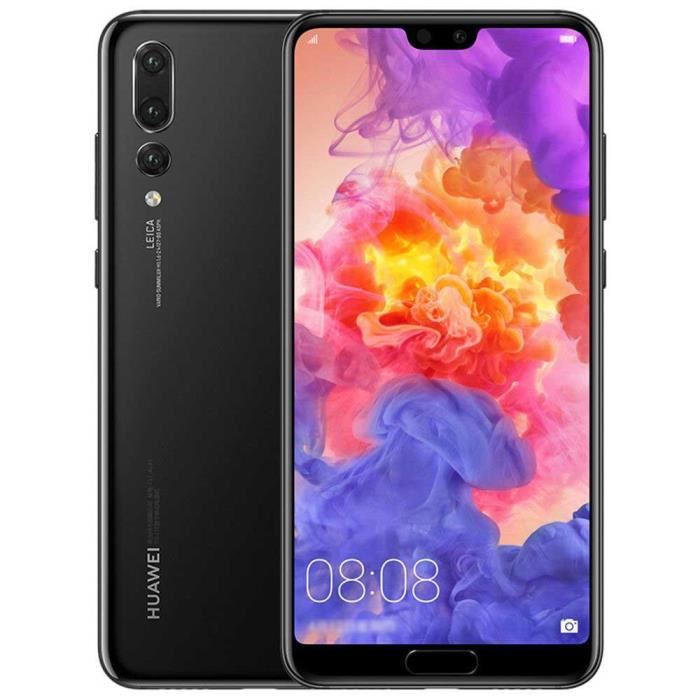 The new Huawei P20 Pro has become one of the best mobile of the moment along with the Galaxy S9 and iPhone X.

Although it has some faults, such as the lack of stabilization in 4K videos, the disappearance of the headphone input or the absence of wireless charging, the P20 Pro is still a sensational phone.

You will like it especially if you are a lover of photography since the phone has a triple camera system that will not leave anyone indifferent. Another benefit is the long life of your battery, the dual SIM and the incredible screen. So keep that in mind: the Huawei P20 Pro is one of the best Chinese smartphones of 2018.

If you want to reduce your cost a little, you may be interested in the P20 model (instead of P20 Pro), although this does not have the triple camera system, water resistance and an LCD instead of the OLED Pro. 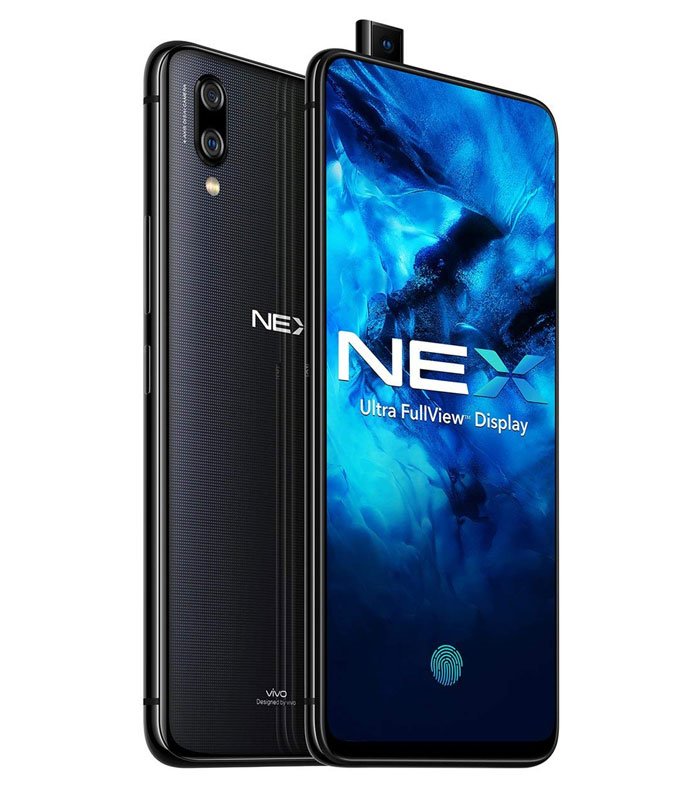 It is not perfect, but the Vivo Nex is undoubtedly an impressive smartphone that offers a device a little different from the rest that can surprise and convince many consumers.

It has a fingerprint scanner integrated into the screen, a design without notches and a forward-facing camera that comes out of the frame when you go to use it.

However, it is not just an ingenious conceptual smartphone; the performance is good enough to compete with the most iconic smartphone in the likes of Samsung, OnePlus and LG. 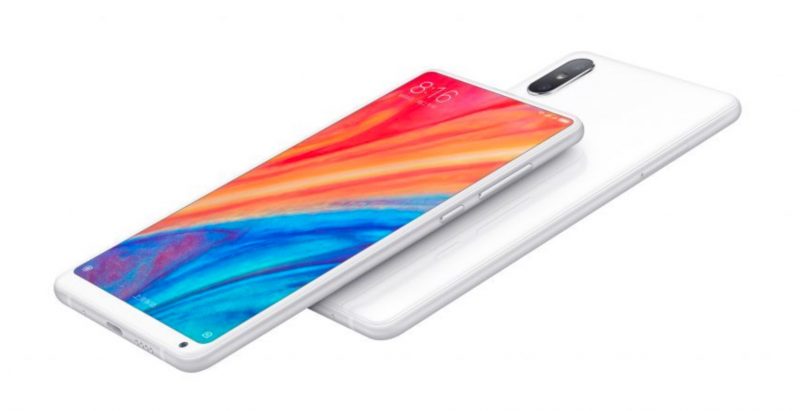 The Xiaomi Mi Mix 2S becomes a good competitor in the market of the most popular flagship smartphone of the moment, and all at a price much more than decent. This new model has included amazing improvements such as wireless charging, faster performance and a dual camera.

The biggest pros of the Mi Mix 2S are without a doubt its performance and its design. Its cover ceramic, mirror finish and 18:9 screen make it look like a smartphone more expensive than it is.

As against we can point out that its rear camera will not be well received by the selfie-addicts. It could also improve the battery life, and we would love to see Xiaomi designing models with Quad-HD display and water resistance in the not too distant future. 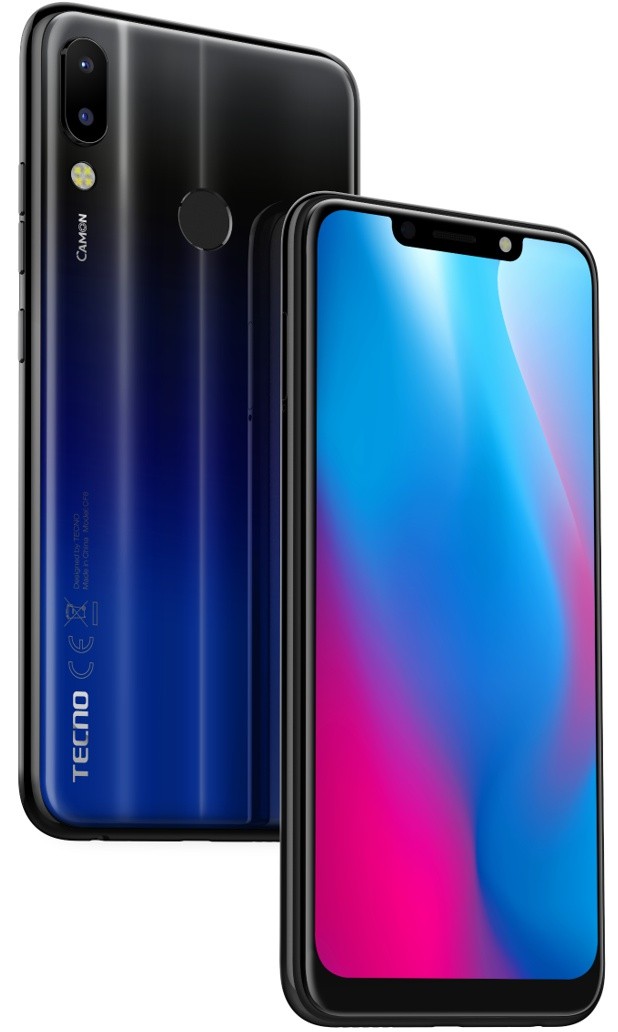 With the world of AI making massive penetration into the smartphone industry, TECNO mobile has also jumped on the train.

Some of its improved features are found in the camera, RAM, internal memory and even the chipset regions. 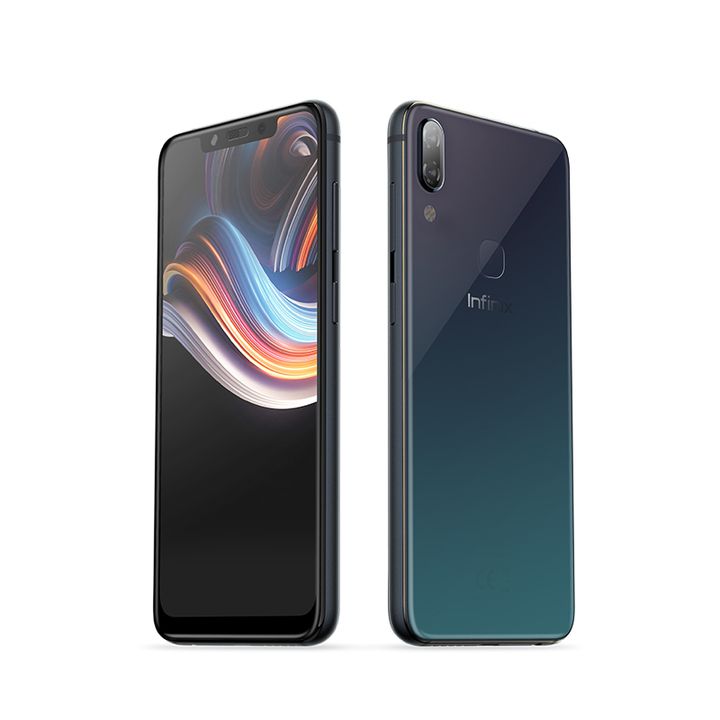 Infinix Zero 6 is a beast in terms of performance. It packs a classic feature and looks premium with a bezel-less display that gives Full HD view. The cameras are impressive both rear and front, that can give amazing photography experience as well as superb video calling.

The battery backup is fair enough, with massive capacity and the quick charging support by Qualcomm is an added advantage. Overall, it is a great mid-range performing device with an amazing spec-sheet that shows no sign of a single drawback. 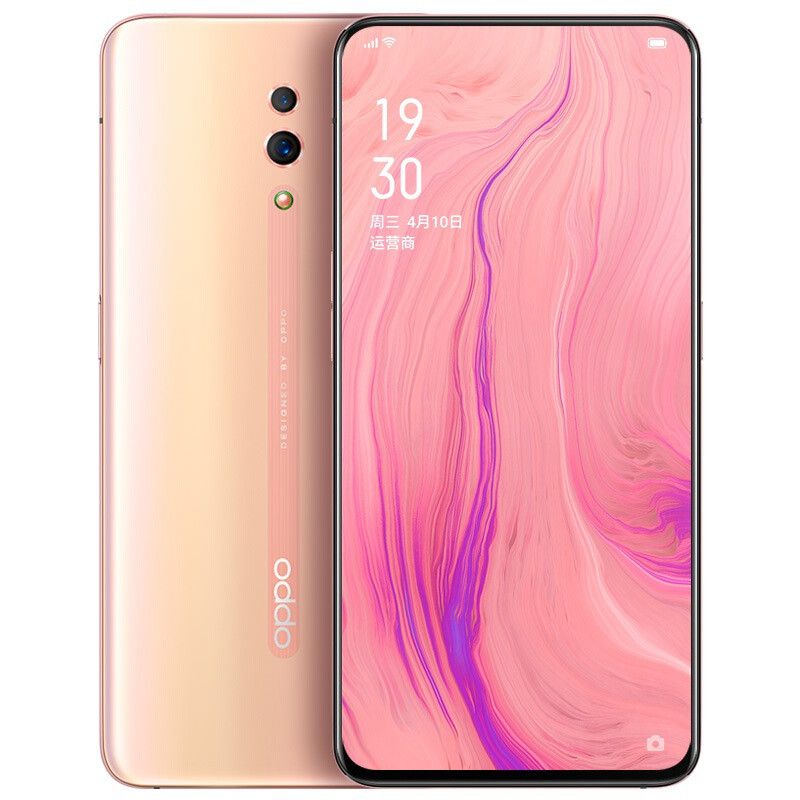 The OPPO Reno smartphone has a selfie camera module which is quite unique. The OPPO Reno features a gigantic 6.4-inch Super AMOLED display. The bezels are tiny on all sides, including the bottom. The Reno is eschewing the popup camera trend, allowing for a stunning 93.1% screen-to-body ratio.

It comes with a front camera that will appear upward with a pop-up mechanism when the camera application is opened, then again hiding in the body of the device when the camera application is turned off, similar to OPPO F11 Pro. Aside from this, it comes with other interesting features like the FHD+ display, Snapdragon 710 and of course large storage.

That’s it. I hope you find our list of the best Chinese phones helpful? If you do, don’t hesitate to share with your friend using the social media buttons below.

Curious to know what smartphones made by Samsung are equipped with jumbo battery capacity? This article contains a list of Samsung phones with big...
Read more
Phone Specs & Reviews

Currently, many smartphone brands are innovating towards presenting a notch-less smartphone and also thin bezels to provide a full-screen experience when viewing content on...
Read more