The Redmi 7 is a smartphone intended for entry-level classes. In this article, you'll find the Xiaomi Redmi 7 full specs, features and price. Learn more! 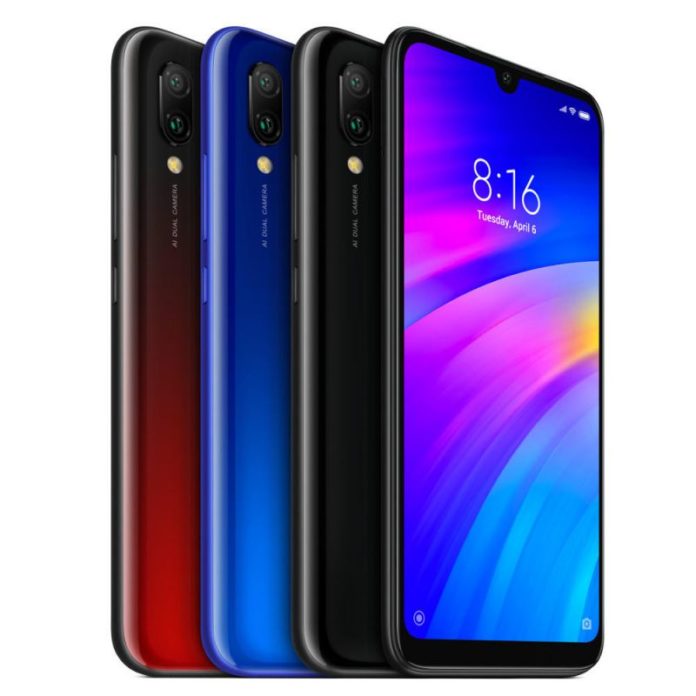 Are you looking for a competitively priced Android smartphone intended for entry-level classes? Then this Xiaomi Redmi 7 is an interesting option! The Chinese Xiaomi often knows how to market good phones at a reasonable price, and this Redmi 7 is a good example!

Because with this Redmi you get a 6.26-inch display and no less than three cameras. The device is powered by a Snapdragon processor and the 4000mAh battery ensures a long battery life. It runs on Android 9.0 Pie with a touch of Xiaomi. As mentioned Redmi 7 targets the entry-level market that is lower than the Redmi Note 7.

In this article, we have compiled everything you should know about this Redmi 7 smartphone. Without further ado, let’s get down into business.

Redmi, Xiaomi’s sub-brand, has two rear cameras that are 12MP and 2MP respectively. Aperture f/2.2 and 2MP secondary camera for taking bokeh photos. The ability of the rear camera of the Redmi 7 is also supported by AI scene detection that is able to recognize 27 different conditions. While the selfie camera has an 8MP resolution.

Given the other specifications of Redmi 7, there is a headphone jack and infrared blaster (IR Blaster) that can be used as a controller for TV, DVD and AC.

Also Read:  This is the first Android smartphone to use the Snapdragon 888 chipset!
- Advertisement -

On the back of the Redmi 7, you will find the fingerprint scanner. This sensor makes a quick scan of your finger so that you have unlocked your device within a fraction of a second. The scanner is also very safe, only you have access to your smartphone!

In addition to space for a memory card, there is room for a second SIM card. With a second sim, you can be reached on two telephone numbers at the same time. Handy if you like to keep work and private life separate on one smartphone!

With this Redmi 7, you will never be without power. The phone has a large 4000mAh battery that provides enough power to reach the end of the day, and maybe the end of the day after. With this Xiaomi smartphone, you are less dependent on the power outlet, and that is great!

Under the hood, it is powered by Snapdragon 632 processors that ensure modest gaming performance. There are two variants of RAM and ROM combinations offered by Redmi –Redmi 7 variant 2GB / 16GB variant and the 3GB / 32GB variant with Android Pie 9.0 which is based on the modified MIUI skin from Xiaomi itself.

Here are the Redmi 7 key specifications…

The Redmi 7 launched in March 2019, it is available in colours of Blue, Black and Red. You can order the phone from the following online shopping markets in Nigeria using any of the links below.

Where to buy Xiaomi Redmi 7

On December 1, 2020, Qualcomm announced the presence of its newest flagship chipset, Snapdragon 888. In this virtual event, which is called the Qualcomm...
Read more
Tech Gist

Xiaomi CEO Lei Jun revealed a smartphone model that became his preference by stating three of his favourite devices. First is the ceramic version of...
Read more
Xiaomi Phones

Xiaomi is out with another splendid smartphone called the Xiaomi Redmi 9 - the successor to last year's Xiaomi Redmi 8. This phone is...
Read more