Board games are of different types, from ludo to chess. I've listed the best board games you can play on Android and iOS, read more from the article.

Board games are some of the best genres of games most Android and iOS users do indulge in playing, and as we all know there are tons of board games on the Google Play Store and also Apple Store. But knowing the right board games to play can be stressful at times.

Therefore in this article on Naijaknowhow, I’ll be making a list of the best board games you can play on your Android or iOS device, these games offer online features which make it even more fun to play as you can play alongside friends online. They have cool features as well.

Without further ado, let’s delve right into it.

List of the Best Board Games for Android and iOS

Ludo Game has been around for a long time and it’s one of the most popular board games most people play even before developers start developing different ludo games on Android and iOS. Ludo involves you getting your tokens to the finish line, sometimes you can knock off your opponent if you see their tokens in a vulnerable position. It involves two or more playings to play if you’re playing the normal Ludo Game.

Chess is another board game founded a long time ago, it’s a game that involves two players facing each other to a challenge and the key to winning is being tactical, smart and also keeping an eye out on moves made by your opponent. Chess Games on Android are fun to play and because of the online features they offer, you’ll surely enjoy playing chess on your Android device.

Chess is one of the best board games you can play on your Android device, we also have an article that covers the best chess games for Android, you can check these chess games out, but there is no article on chess games for iOS devices. Or perhaps, check out these online chess games to play with friends.

RISK is an amazing classic board game you can play on your Android and iOS device, in this game your role is to rule your world and also fight off enemies who are also trying to achieve the same thing you want. In this game, you have to build territories, build and draft troops and also launch heavy attacks on friends online. It’s a game that’ll allow friends and family to have fun together online.

Make yourself known by winning and also claiming more points that’ll take you up as the leader on the board of leaders, this game has cool graphics and it has many features, there are multiple maps in this game. RISK is one of the best board games for Android and iOS users and it’s also one of the best strategy games to play on iOS devices like iPhones and iPad. Carcassone is a kingdom-based building game where individual players move cards to complete the building of roads, cities and other important construction a kingdom needs. This game is very intense and it allows over 4 players to play against each other. It’s a classic board game any Android or iOS device user will love to play on their device, it’s a game of tactics and has some in-game characters you can unlock.

Carcassonne is a paid game with a lot of amazing features, it’s one of the best board games you can play on your Android and iOS device, play against friends and show them who the boss is. 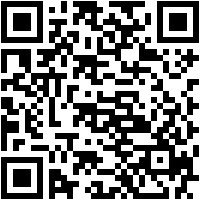 Pandemic is a board game you’ll enjoy playing with friends and family, it’s a co-op game where you and other players have to keep a deadly disease at bay while moving around the world to find a cure and save people from being infected and also save the infected. This game is fun to play when you understand it, there’s a lot to get from the Pandemic.

How to play Pandemic – In Pandemic: The Board Game each player has a unique role with different abilities. In a turn, players will have four actions to cure diseases and save the world. They can remove disease cubes from the board; fly to a city in need; trade cards with fellow players; and much more. If you want to get yourself busy with friends or families, these board games are games that’ll keep the circle busy and you’ll enjoy some time playing together or playing against each other. If you’re looking for board games for Android and iOS, these are the best you play right now.