Looking for the best free VPN apps to access blocked websites in Nigeria? Check out this list of the best VPN applications on Android and iOS.

Have you ever hit a stumbling block while trying to visit a website in Nigeria? Ever tried to use a streaming service but to no avail, because it’s not available in this region? Well, worry no more as we’ve got you covered. The answer to this is getting a VPN app to bypass blocked platforms in Nigeria. This article on Naijaknowhow is specially crafted for those who cannot subscribe to a paid VPN service. So if you’re looking for the best free VPN apps to access blocked websites in Nigeria, then you’re just in the right place.

One of the many reasons why free VPN apps have been really beneficial was when the Nigerian government announced a policy (4/6/2021) to temporarily block the popular microblogging site ‘Twitter’ from being accessed in the country. However, this seems to have no effect, because many internet users outsmarted the government by using a VPN that can be downloaded for free on Google and iOS app stores respectively.

Free VPN is free to use by its users without being charged any fees. Free VPNs are found in many VPN applications for mobile phones. Some of the best free VPN applications are listed below as you read on.

There are still many who use Free VPN services, which of course has many dangers and negative impacts. Before we delve right into this article, I want to share with you the cons of using a free VPN to access blocked websites.

There is a danger waiting for you when using certain VPNs, some of these VPNs come with the risk of illegally selling data. For those using paid VPNs, you don’t need to worry about this data sale problem because paid VPN providers generally have strict rules and guarantees but for free VPN users, that doesn’t apply.

Another danger that can also arise from using a VPN is the leaking of your data and IP to the public. VPN works like a tunnel where your connection goes through a ‘secret’ path to get to your destination which is the internet.

However, in some free VPN service providers, the secret path used has many ‘holes’ so there is a possibility that your data and IP address could be leaked to the public through the ‘holes’.

Also Read:  Best Movie Apps for Android to Download (Free and Paid) in 2022

Most free VPN service providers rely on revenue from advertisements placed by third parties on their websites. Well, the ads that are displayed can interfere with user experience and don’t close It is possible that the ad has been infiltrated by malware or other applications that will be automatically installed on your computer or to your device.

That said, let’s delve right into the best free VPN applications you can install to unblock and access blocked websites in Nigeria.

If you’re looking for a reliable free VPN to access blocked in Nigeria then HA Tunnel Plus VPN should be considered. This is one of my favourite ways of accessing blocked websites as the HA Tunnel Plus is 100% free and it uses existing connection protocols such as SSH2.0. All the traffic that is being generated between the client and the server is protected with SSH2.0.

One of the downsides, however, is you have to watch video adverts (30 seconds maximum) on the app to extend its usage by an hour. This is however worth every second spent watching ads because you get to enjoy the app for free and that’s how you support the app developer since you’re not being charged for it. This app has already garnered over 1 million downloads with lots of positive ratings and feedback which shows it’s highly trusted. This is available on Android devices through Google Play Store. Free VPN to access blocked sites for iOS and Android

Here is another VPN app that works just fine on Android. Betternet Free VPN masks your IP address, encrypts your internet traffic, turns public wifi into a private network and helps to unblock websites in Nigeria all for free.

If you’ve chosen to use this app for free, you have to bear with the ad that comes with the free version. On the other hand, this app can be used unlimitedly and ad-free only if you upgrade to the premium version. This VPN has been downloaded more than 50 million times on Play Store, it’s trusted and used by many. Do you want a trusted app to surf blocked sites without fearing your data being highjacked? Opera is the app for you. Opera is a fast, safe web browser that comes with a lot of unique features such as a free VPN, ad blocker, QR-code reader and personalised news.

What we are concerned about among its many features is the free VPN features that come with this browser. This VPN works seamlessly on your smartphone by just turning it on (make sure you turn off ‘Use VPN for private tabs only’). The downside is that you have to access the blocked website directly on the web and not through the mobile app. Opera is one of the most trusted web browsers and that’s why it has been downloaded more than 100 million times. Earth VPN is specifically inserted for those who spend more time on their laptops on Google Chrome. Free Earth VPN extension provides a VPN connection to hide IP addresses and unblock any websites prohibited in your country. This proxy service takes care of the privacy of users and delivers anonymous data and web activity. You will experience a fast and easy connection that gives the best experience for its users.

This is one of the best VPN extensions on Chrome and works well. To get started, all you have to do is download and install the extension through the link below, navigate to the extension icon at the top right corner of your browser, then choose any available location and toggle on the switch.

Free VPN on Android and iOS

Hide.me VPN is trusted by more than 20 million users globally because of its simplicity, amazing speed, privacy, stability, and security. Hide.me VPN enables you to bypass geo-restrictions and censorship while giving you the ultimate online security and privacy.

This app has been downloaded more than 1 million times on Google Play Store. You can download and install it through the link below. 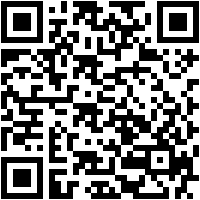 There you go. But did you know that a free VPN on Android isn’t always secure? If you look at the results of research by Metrics Labs, which states that one of the five most popular free Android VPN applications, it is actually a source of security holes for malware to enter mobile phones easily. In fact, a quarter of them contains privacy-infringing bugs such as leaking DNS. So you have to be careful when installing any random VPN app on the internet.

There are other really good free VPN applications on Android and iOS devices which include Turbo VPN, TunnelBear, Hotspot Shield, Windscribe VPN, and many more. Let me know if you find this list helpful. You should also share if you’ve tried any other VPNs in the comments below.