This article contains a list of wired, wireless, budget and premium mouses to get for gaming on your PC or laptop. 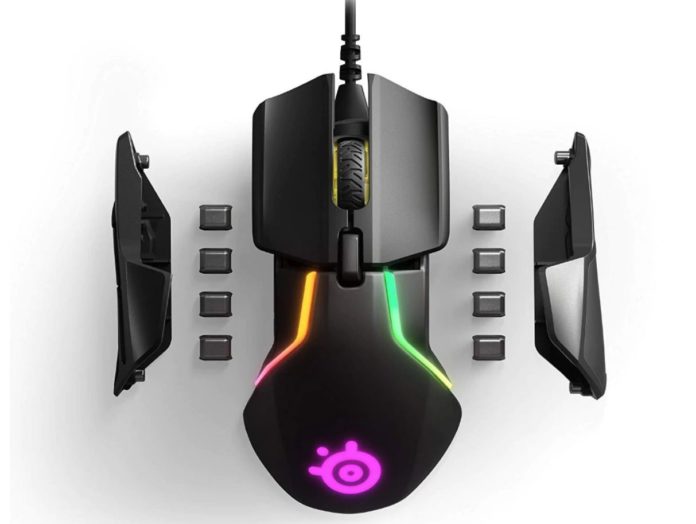 Are you in the quest for the best gaming mouse to buy? Here is a list of wired, wireless, budget and premium mouses to get for gaming on your PC or laptop.

Gaming mouses are much better than a standard mouse, focused on simple everyday use because they allow you to switch between different DPI and additional programmable buttons. Imagine that you are playing a role-playing game and you can assign all your spells to the mouse buttons, along with the main attacks.

The market is now saturated, and every second company produces a gaming peripheral device, including keyboards, headsets and mouse. Different designs and features make it difficult to choose the best. To help you figure it out, we developed a list of the best gaming mouse you can buy on the market. We have included both wireless and wired gaming mouse so that all readers are completely satisfied.

So, let’s look at the best gaming mouse in detail.

List of the 6 best wireless and wired gaming mouse to choose from:

The only mouse that vibrates 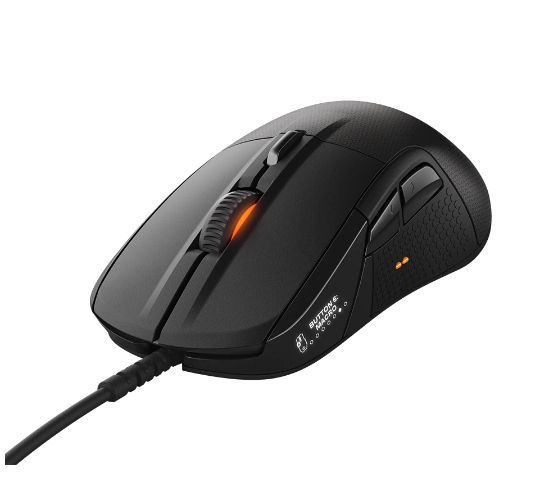 The first gaming mouse on our list is the Steel Series Rival 700, and for those who don’t know, the Rival series of the company is perhaps one of the most popular series at the moment, and the Steel Series company is a favourite among almost all professional eSports players, and earned a good reputation among the most passionate gamers.

Steel Series Rival 700 is unique in that it has an OLED display that can display many different things, including settings, as well as GIF files that are specifically designed for this display and can be loaded from several series.

The Rival 700 is a wired, modular mouse with an RGB-backlit OLED display. Adjustable DPI settings with a maximum DPI resolution of 16,000 on the optical sensor and 8000 on the laser sensor, and yes, you can replace the sensor by purchasing it separately.

Unfortunately, no matter how much we want, the mouse does not have a mirror-symmetrical design and can be inconvenient for left-handers. Rival 700 is expensive, but a really good mouse that fits all players, no matter if you play FPS, RPG, MMO, the mouse performs its functions and performs very well.

It would be great if the Rival 700 were available for left-handers and that modules that are sold separately would be more accessible. 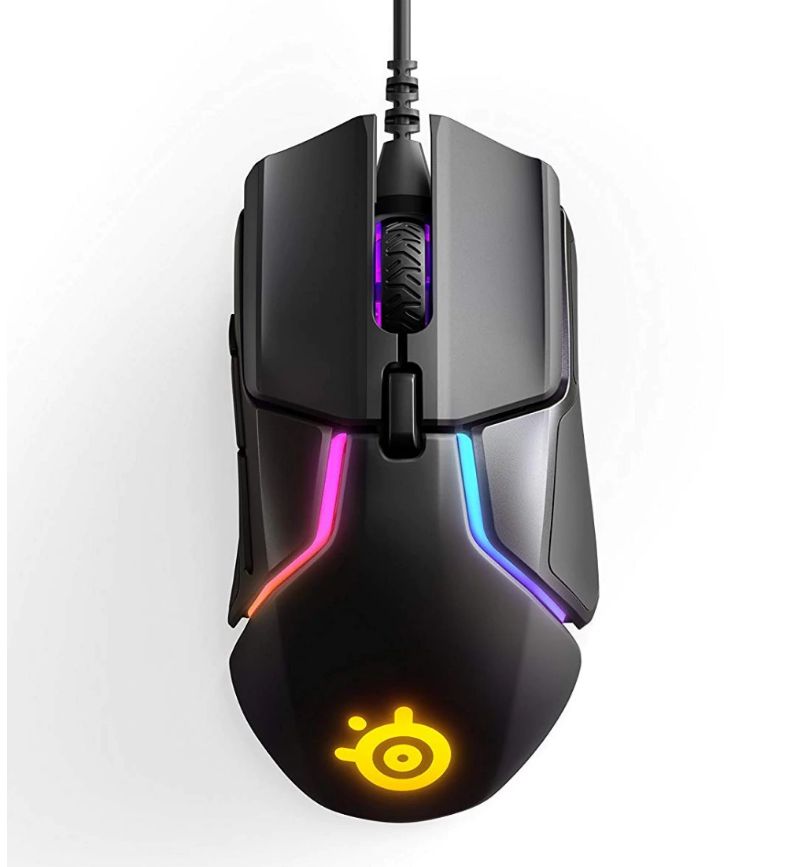 SteelSeries Rival 600 – This is the first mouse that boasts two sensors; one for traditional side-to-side movement, and a second proximity sensor that detects the mouse’s separation from the surface. This is intended for eSports players who are known to jerk their mouse wildly, and the second sensor helps the mouse not to track anything when it is in the air, even if it is only 0.5 mm from the surface.

The second big innovation is the user weights system, which allows you to place 4g modules in four places on each side of the mouse, allowing you to select not only the amount of added weight but also the place where it will be on the mouse. Also in the mouse, there is a full RGB-illumination, convenient grip, regardless of whether you prefer grip with claws or palm, and customizable DPI settings. Good switches under the main buttons and a good scroll wheel. Another significant plus is a removable cable that can be easily replaced in case of wear.

The best gaming mouse for MMO 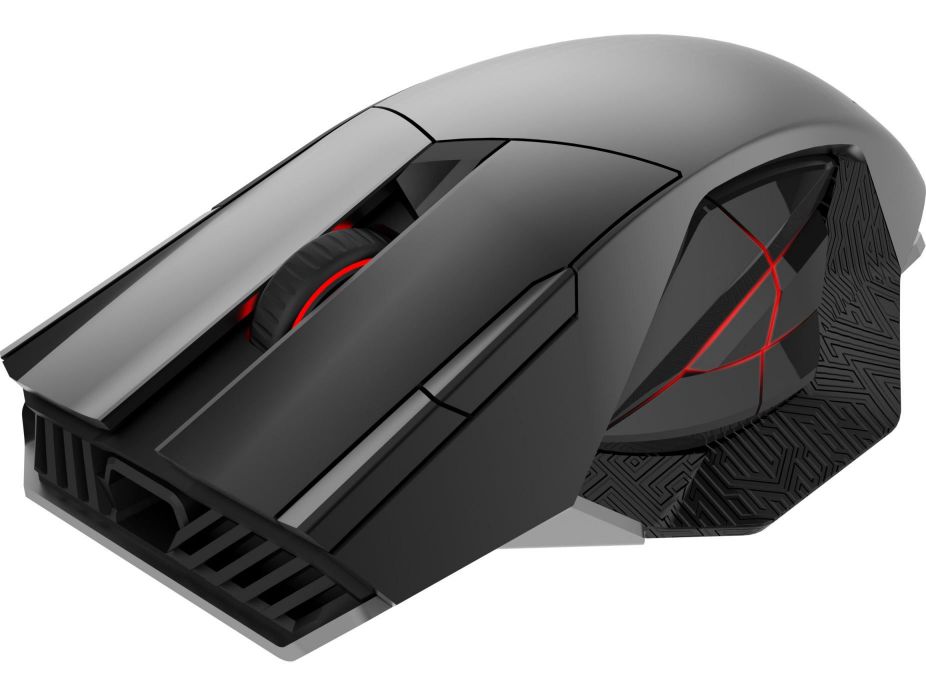 The flagship gaming mouse from ASUS, called Spatha, looks like a cosmic device.

Of course, since Spatha is the top model of the Republic of Gamers series, so you will have a massive gaming mouse filled with all sorts of functions, additional buttons, RGB effects that even sync with other ROG products, such as motherboards, graphics cards and even ASUS.

Now, in more detail, Spatha is more than just a gaming mouse, in terms of design, it’s just a miracle since ASUS chooses to use magnesium alloy instead of the traditional materials that are used for a gaming mouse. This mouse can be considered quite heavy compared to its competitors, and the price is probably this option only for hardcore gamers. The mouse is designed for right-handers and is more suitable for palm-grip, players with a large palm can also use a “finger”.

ROG Spatha comes with a huge number of programmable buttons that can be programmed to suit your needs using the ASUS Armory software. You also get a maximum of 8,200 DPI, ergonomics and comfort for long gaming sessions. The main buttons use Omron switches, which are designed for 20 million clicks, and even if they wear out, you can always replace them.

And that’s not all, you also get a stylish backlit docking station and charging function. Now you guessed that the mouse is wireless, moreover, without any input lag. But it can also be used with a wire, complete with two USB cables: one with braid, the second with rubber insulation.

You get a programmable LED backlight and almost every feature you expect from a flagship mouse. In general, what can I say, the ROG Spatha is an ideal gaming mouse, but it also has some drawbacks: the front side buttons seem too flimsy; a lot of bodyweights – for playing CS: GO the mouse is rather heavy. 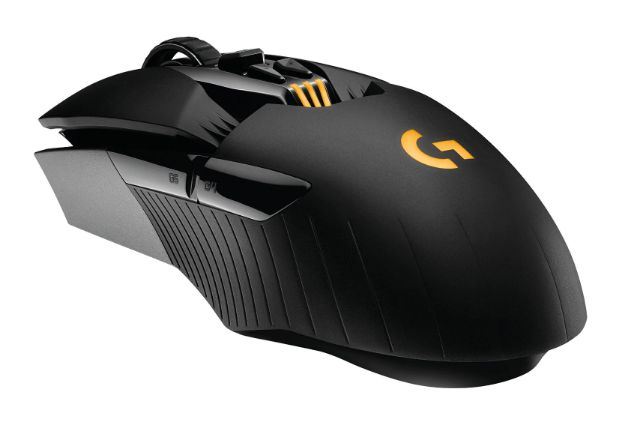 No list of peripherals is complete without including Logitech peripherals. Because the company for a long time in the industry has released a lot of good devices, whether it be a keyboard, speakers or headphones.

Of course, the list of the best gaming mouse would be incomplete without the Logitech G900 Chaos Spectrum, which can be considered a direct contender of Asus Spatha and Razer Ouroboros mainly because of the price, as well as the number of features and remarkable quality.

So, what’s good about Chaos Spectrum? For starters, the best gaming mouse sensor on the market is PMW3366; The DPI range is from 200 to 12,000, provides exceptional tracking accuracy and consistent response at any speed, and this is really impressive, and the DPI is effectively changing. You get Spectrum lighting – this is its own version of the RGB backlight and the legendary software for which users love Logitech. Chaos Spectrum can be used wirelessly and wired, it fits equally well for both right and left hands if you additionally use the included interchangeable magnetized buttons. The mouse design is convenient for any kind of grip: palm, claw or fingertips.

Keep in mind that this is the Logitech flagship mouse, so it has a high price for which you get the best and necessary features. It is hard to believe, but there seem to be no flaws in it, except for the price and symmetrical design, which may not please everyone. Chaos Spectrum is one of the most powerful and best wireless mice in the world. 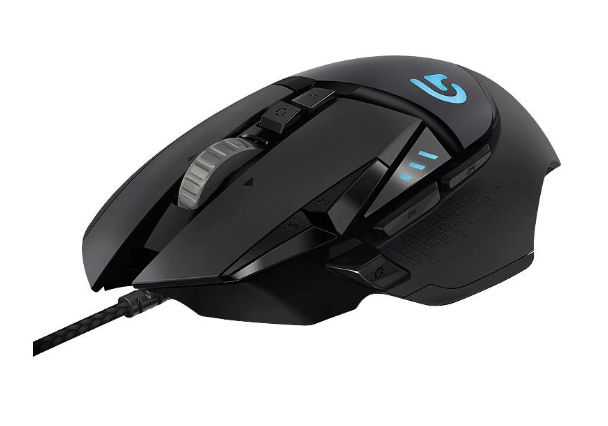 Another Logitech gaming mouse, and this time it’s the G502 Proteus Spectrum; This is one of the mouse that helped the company establish itself.

Proteus Spectrum – this is just an updated version of the best-selling Logitech Proteus Core, the only difference – added backlight Spectrum, RGB backlight from Logitech. If the G900 Chaos Spectrum is made for enthusiasts who want to get all the features at once, despite the price, Proteus Spectrum is aimed at users who do not want to spend a lot of money but still get the best model.

For an average price, the Proteus Spectrum costs half as much as some flagship mouse; you get a lot of features, including up to 12,000 DPI.

11 buttons that can be programmed, comfortable stylish design, thanks to which the mouse fits comfortably in your hand and fits under any of the three main types of grip. The main buttons are equipped with Omron mechanical switches, with a life cycle of 20 million keystrokes. And, probably the most important thing is the complete absence of acceleration, jitter of the cursor, straightening the trajectory, thanks to an excellent sensor. Plus the ability to calibrate the sensor for any type of surface. 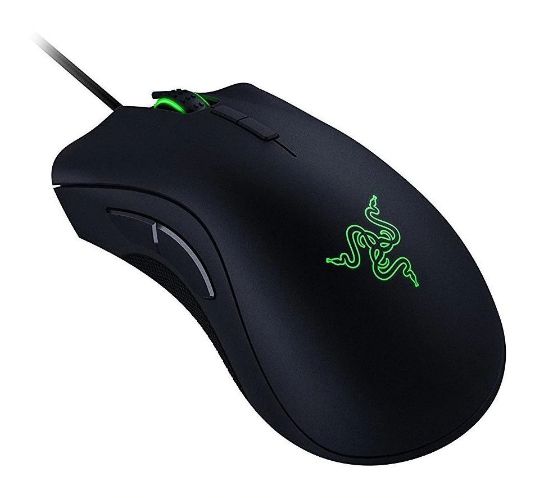 When Razer released the first DeathAdder, the mouse whirled into the gaming industry and quickly became one of the best gaming mouse on the market, and also cost a bit, and it had everything the players wanted.

DeathAdder Elite is a new and improved model, which makes it one of the most impressive gaming mouse in the gaming industry. For your money, you get an amazing optical sensor that can withstand overloads without disruption and produce 16,000 DPI, and the DPI resolution can be set to your liking. Firmware Razer Synapse 2.20, probably one of the best universal drivers.

DeathAdder Elite is suitable for any type of grip, but only for right-handers. In general, the mouse is very ergonomic: the materials, the weight and its distribution, the main keys with Omron / Razer D2FC-FK (50M) -RZ switches, with 50 million clicks between failures.

The company follows this postulate “if it does not break, then I do not change it” very worthily and, therefore, did not make major changes, except for some, very useful. The mouse received two legs of a large area, due to which the slide was just great. And one more leg around the advanced sensor.

Simply put, Razer DeathAdder Elite is one of the best mouse on the market for its characteristics.

Call of Duty Mobile is the latest online multiplayer game every Android and IOS user are currently playing, this game has got some exciting...
Read more
Buying Guide

Have you been searching for the best phones under 30000 Naira? Look no more... Here are the best mobile phones below ₦30,000 in Nigeria. This...
Read more
Android

If you're a football game lover and you don't play the Pro Evolution Soccer game series, then you're missing much. PES has been marked...
Read more