Are you looking for the best gaming tablets to buy, then here is the article for you. Click the top tablets for gamers with specs and prices. 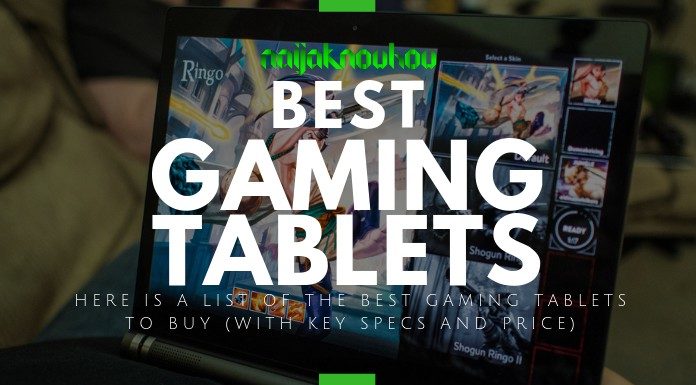 Looking for the best gaming tablets to buy? Then here is the article for you!

For years, tablets have been wedged between smartphones and laptops, and, although they are not an ideal replacement, they still have their merits – screens larger than phones, and better battery life than most notebooks.

Although they may not be as powerful as a laptop, or as compact as a phone, tablets are still excellent devices when it comes to browsing the Internet and mobile games.

Top Tablets for Gamers in 2019 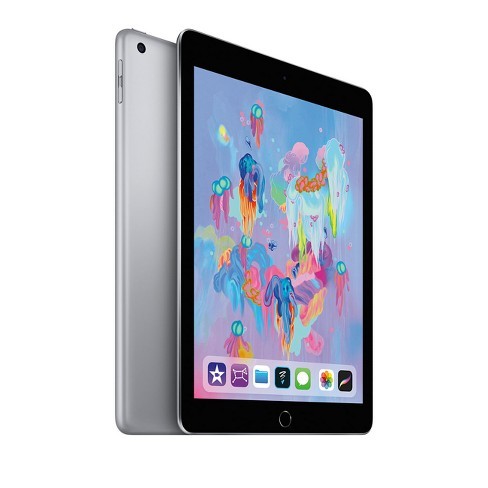 The first product on our list is the regular iPad, the latest version of 2018. This is the most affordable iPad from Apple, and, unfortunately, differs from last year’s only minor improvements.

The Apple A10 Fusion iPad 2018 processor performs slightly better and offers improved AR performance over the previous generation A9. In addition, Apple Pencil support will definitely be appreciated by those who are going to use their iPad for drawing or notes.

Here are the iPad (2018) key specifications… 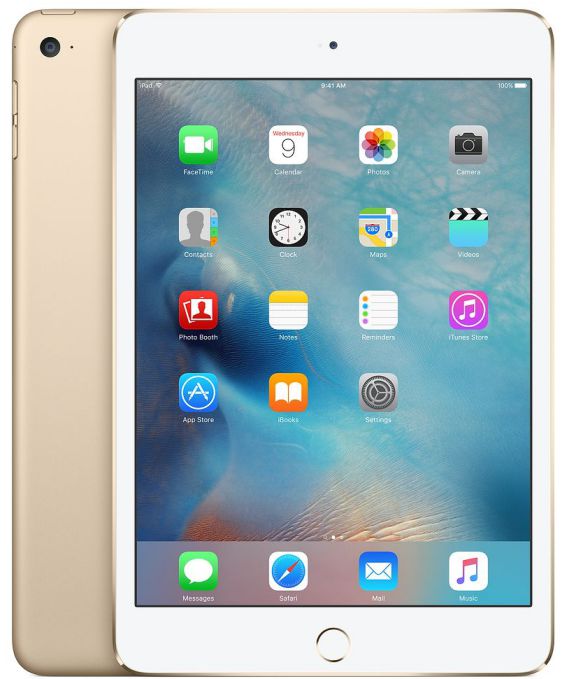 Apple’s next on the list is the iPad mini 4, a device that is almost identical to a regular iPad in design, but different in size. Instead of the standard 9.7-inch screen in the iPad mini 4, they stopped at a more modest 7.9-inch, making the tablet more compact and portable.

Also Read:  Best 4K Webcams You Can Buy In Nigeria For Streaming
- Advertisement -
Also Read:  Klondike vs. FreeCell: What Rules Are Different?

It has a Retina laminated display with the same resolution as the iPad 2018, but it is lagging behind in its internal components – it was released in 2015, so it uses an A8 dual-core chip that cannot match the performance of A10. 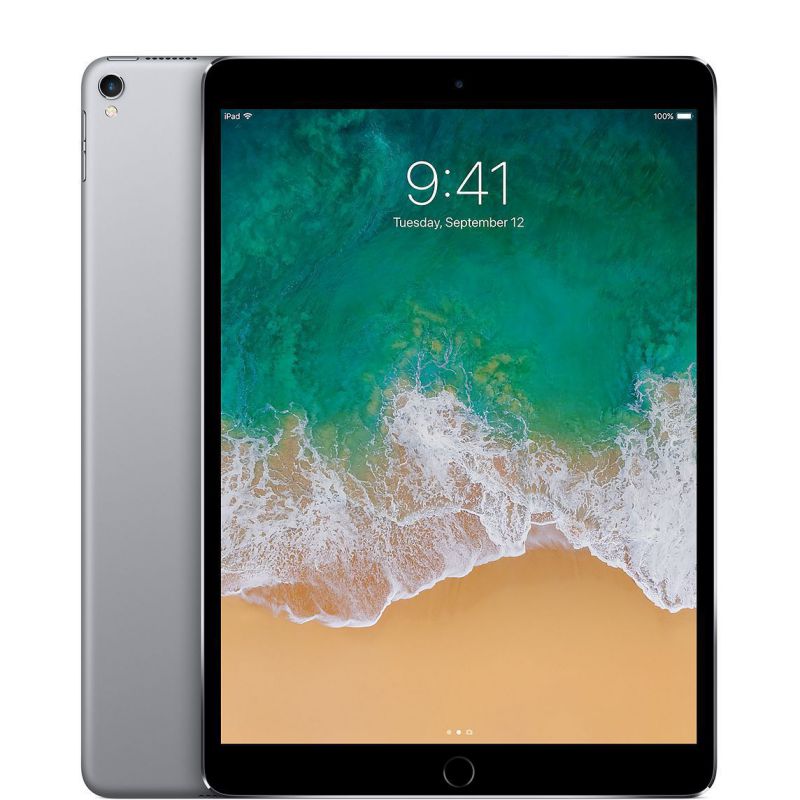 The best (and most expensive) tablet in the Apple lineup is the superb iPad Pro. It comes in two sizes, both with a wonderful display, elegant design, high-quality cameras and the best features from all iPads. Needless to say, if you are looking for a serious tablet to work as a laptop replacement, then the workhorse, which is the iPad Pro, will do its best.

Both versions of the iPad Pro 2017 are great devices and have a few minor points. In addition to the obvious difference in screen size, the 12.9-inch iPad Pro also has a higher display resolution to maintain the same accuracy and pixel density as its 10.5-inch counterpart, and a larger battery that compensates for the increased power consumption of the large display. 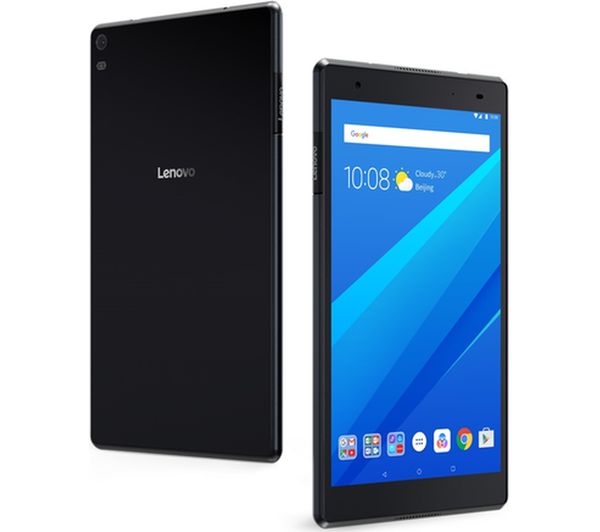 The first Android tablet in this category is the Lenovo Tab 4, a modest and inexpensive device that comes in two versions: 8-inch and 10-inch. Both were released in mid-2017, so they are pretty new, with Android 7 Nougat out of the box and equipped with a Snapdragon 425 chip.

Lenovo Tab 4 is the most inexpensive tablet, but at the same time quite decent and capable of handling 3D games. The display looks pretty good, especially given the relatively low pixel density, it is possible to connect a hefty external memory card up to 256 GB, plus good battery life. 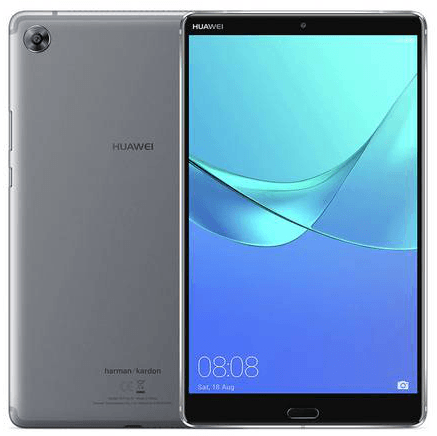 In recent years, all the excellent and inexpensive Huawei devices definitely do not disappoint customers, and the MediaPad M5 is unlikely to be an exception. In fact, we believe that this is the best mid-level Android tablet at the end of 2018 – if not the best Android tablet at all, given the cost.

What makes the MediaPad M5 so good? First, it was released on April 2018 and, therefore, comes with Android 8, which is important, since Android tablets (and low-cost Android devices in general) rarely receive OS updates.

But, Huawei is better known for its hardware, not its software. And in this respect, the M5 does not exactly disappoint: from a clear and crystal-clear 2K display to a powerful eight-core Kirin 960s processor. MediaPad M5 is a very powerful tablet, although it still can not go “nose to nose” with the 2018 iPad. Anyway, with an elegant design, excellent display and thin frames, this is a beautiful tablet. 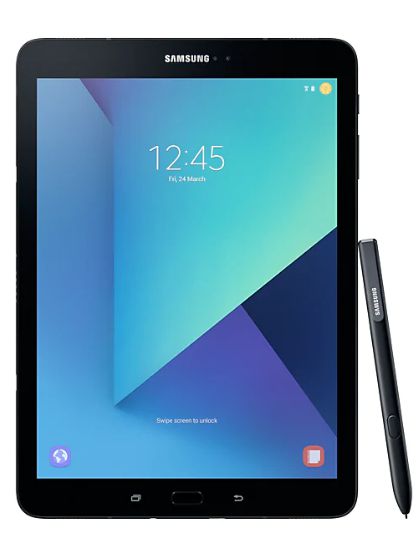 Samsung and their Galaxy line do not need to be introduced, but when their phones were already Galaxy S9, the tablets reached only S4. However, in this article, we decided to include last year’s Galaxy Tab S3, and not the latest version of S4.

Why? Now it is more affordable and offers everything you could want from a tablet: an excellent OLED display, stylus, fast work and much more.

At first glance, it is clear that Tab S3 is not quite budget and, obviously, was presented as a competitor for the iPad Pro. It boasts a slightly outdated, but still powerful Snapdragon 820 chip and comes with Android 7, although you can upgrade it to Android 8, which is a big plus. Even the cameras are not bad, especially compared to cheaper Android tablets.

For the display, with the same resolution as a regular iPad, AMOLED technology is used, as in other models of Samsung mobile devices. Battery life lasts about the same as the iPad (about 12 hours of active use). The main difference, however, is that the S3 comes bundled with an S-pen, so there will be no additional cost for stylus fans.

Playing games on Android has seen us evolve from the days of Candy Crush or Angry Birds into something a bit more intense and...
Read more
Buying Guide

Are you looking for a smartwatch but do not know which one to purchase? We have selected the three best smartwatches for you right now. The...
Read more
Gaming

Last year, a smartphone manufacturer from China, Nubia, released a teaser for its new gaming smartphone, which is called Red Magic 6. Now the Vice...
Read more