7 Best Solitaire Games for Android (Offline and Online) in 2022

Solitaire games are one of the best card games on Android. We've listed the best solitaire game apps for Android, and you can download them in this article.

If we look at card games on Android, Solitaire is one of the most popular and arguably most played card games. It’s been around for as long as I can remember and this game is quite popular on all Windows OS.

You’ll find Solitaire on Windows OS, and while it seems that this game is quite old, people still play it on PC and mobile. If you love playing Solitaire and you’re looking for the best Solitaire apps for Android, you’re in the right spot to get the recommendations you need.

In today’s article on NaijaKnowHow, we’ve handpicked some popular classic Solitaire games you can download and play on your Android device. These games are addictive and they’re fun to play.

List of the Best Solitaire Games for Android (Offline & Online)

Speaking of card games like Solitaire, if you also love playing board games like Ludo, you might want to check out one of our articles on the best ludo games for Android. Now let’s see the Solitaire games you can download on your Android device, and you can play these games offline and online.

Checking this game out on Google Play Store, it’s actually highly rated and it has a lot of positive reviews from users who have downloaded the game. Solitaire Card Games, Class is a free game you can download and install on your Android device, it has a lot of features and applying different themes when playing is one of the coolest things about the game.

It has features like Klondike, an auto-complete option to help you win and it gives unlimited free hints, you can also take on daily challenges and win some cool trophies. This game can be played both offline and online and it’s completely free. Another fun fact about this game is that you can connect your gameplay to your Microsoft account and save your progress in the cloud. There are tons of challenges to rack up daily, gifts to collect and different events and rewards waiting for you.

Solitaire Grand Harvest is another addictive fun-filled solitaire game you’ll love to play on your Android device. You only need to build your farm, grow crops and also get a lot of solitaire goodies. You can earn different rewards and you can meet new friends online as well. There are plenty of challenges in the Solitaire Grand Harvest. Grand Harvest is one of the cool games you can download on your Android device, it’s very addictive and its features and graphics are awesome, you can download the game on your device, click on the button below to get the game. 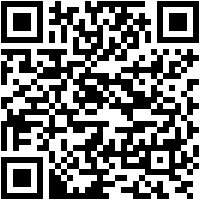 Solitaire is a standout card game and it’s one of the best ever. Playing Solitales gives you a chance to play over 1000 different levels in different versions of Solitaire games. This game is very fun to play and there are plenty of features and reward to explore, it’s also very intense as you progress to different levels in the game, it offers nothing but nonstop entertainment anytime you play it.

In Solitales you’ll be able to play your favourite solitaire game like casual solitaire Tripeaks, Pyramid, Klondike and Spider, and they all come in story mode. You can also play a single match and the game can be played without an internet connection. Yukon Gold Solitaire is another solitaire game you’ll enjoy playing on your Android device, this game has a golden interface and while playing, you’ll enjoy a different solitaire gaming experience. It’s a paid solitaire game but buying this game does really worth it because there’s plenty of solitaire collection awaiting you once you purchase and install it.

With over 200+ different solitaire collections, you’re not limited to just playing Canfield, Klondike, Spider, TriPeaks, FreeCell or Golf alone. There are different variants in the game and you’ll enjoy every bit of them. This game is quite addictive and you can download it on your Android device. Solitaire Card Game is quite popular on Google Play Store and it’s a very fine solitaire game you’ll enjoy playing during your leisure time, on this game you’ll enjoy just the Klondike Solitaire and it’s a game you play endlessly. As a beginner, you can use this particular app to improve your solitaire skills and it also gives free hints on where to put the next card if you’re lost while playing.

It’s a game that can be played online and offline and you’ll get to enjoy the solitaire computer gameplay experience on your Android device. This is one of the finest solitaire games on Android, it’s free, addictive and very easy to play. Classic Solitaire Klondike is quite old and it’s one of the few solitaire games that is really free and has no advertisements in it. In this game, you’ll enjoy only the Solitaire Klondike, the game is completely free and it doesn’t require an internet connection, it’s also lightweight and it shows an animation slide anytime you win a game. You can download and install this game on your Android device, it’s very addictive and it’s also one of the best solitaire games for Android. If you don’t want to download yet another app, there are good mobile web alternatives where you can start playing solitaire immediately. Here are three that have both Android apps and a mobile web version:

These are arguably the best solitaire games you’d come across on Android, while some of these games are paid, you can still enjoy free gameplay and they can be played both offline and online. There’s also a collection of the best websites to play solitaire games online for those who don’t like to install apps or software on their devices.