In this article, you will get a list of some of the best phones under 90000 Naira in Nigeria with all their features and latest prices online.

If you are a visitor on Naijaknowhow, you’d know that we enjoy compiling mobile phone buying guides for the Nigerian mobile market. And this post isn’t any different. In fact, here are some of our budget smartphone lists all based on your financial capability;

Typically the higher the prices of a smartphone, the better its design, quality, specs and features. These mobile devices below have been carefully handpicked by our team, however, to learn more in-depth about these phones below, then click on the phone name link below for detailed specifications and full features.

Now… let delve right into it. 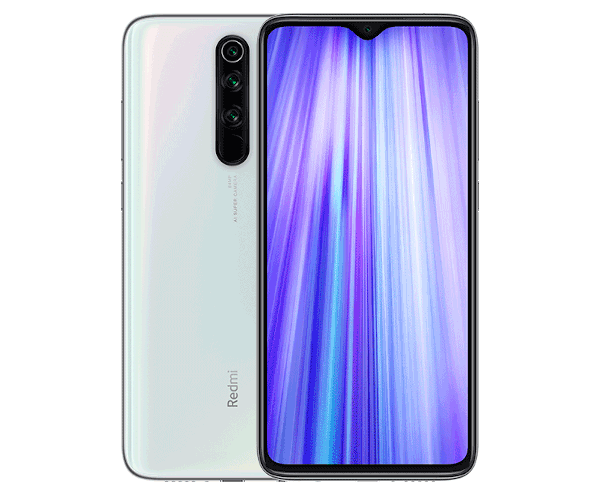 Also, the phone becomes the first smartphone to don the MediaTek Helio G90T, a gaming-centric chipset. Those are just some of the juicy details of the Redmi Note 8 Pro. 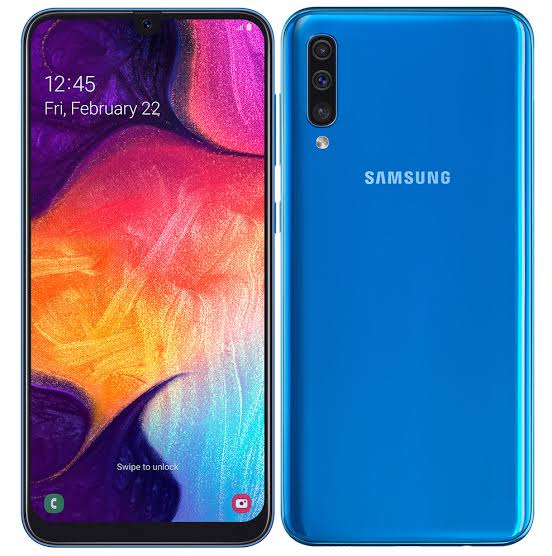 As everyone’s aware, the Galaxy A series are second to the flagship Galaxy S and Note series, this smartphone delivers excellent specifications. Samsung Galaxy A50 comes with features like 25MP selfie camera, Super AMOLED screen, triple rear cameras and under-display fingerprint scanner. Interesting enough, this is just the tip of the iceberg. 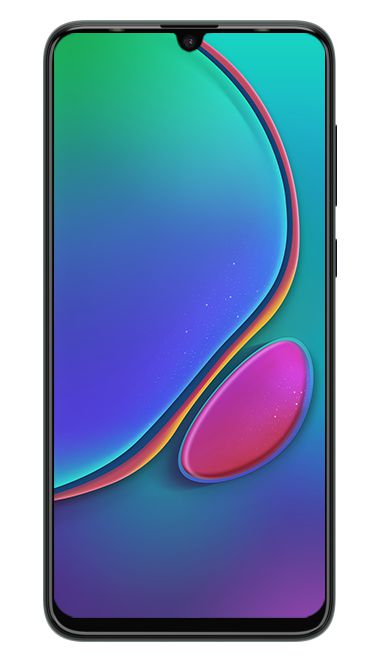 Chinese smartphone maker TECNO Mobile has announced a new flagship smartphone ‘TECNO Phantom 9’ with a 6.4-inch display in Nigeria after 20 months since it announced the Phantom 8 in Oct 2017. The Phantom line has been known for years for the good price-performance ratio of these devices and with the Phantom 9, it is no different.

As one of the latest TECNO phones, it belongs to the flagship section of the Chinese brand – Phantom Series. A 64-bit MediaTek Helio P35 chipset with octa-core 2.35GHz CPU is functioning at the heart of the phone. Meanwhile, a super 6GB RAM makes the smartphone performs seamlessly. 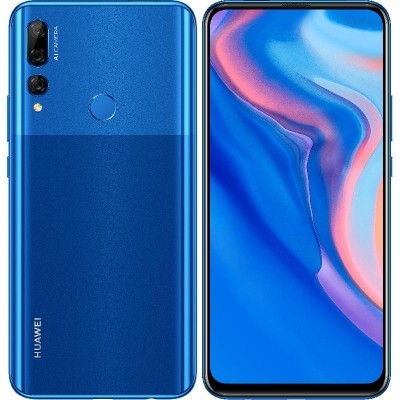 Huawei Y9 Prime (2019) is the first smartphone in the Y series to feature a pop-up camera. For Huawei devices generally, it is the second smartphone with such a feature; the first being Huawei P Smart Z.

As you’ll expect from a phone with a pop-up camera, there’s no notch cutout in any part of the device. The screen is almost without any bezels save the bezel placed at the bottom. On the right side, the volume rocker and power button are well-positioned to perform their roles. 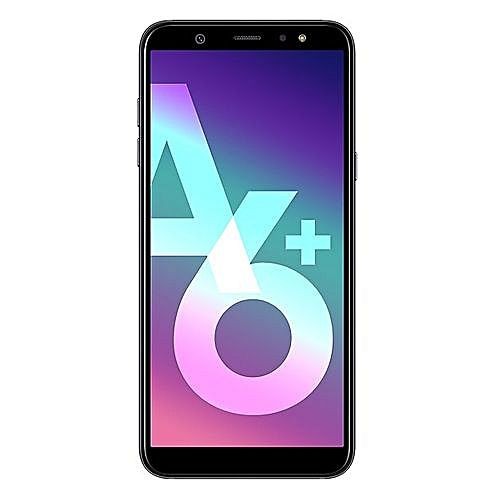 Check out the Samsung Galaxy A6+ (2018) key specifications, features, price and link to an online shopping site to buy. 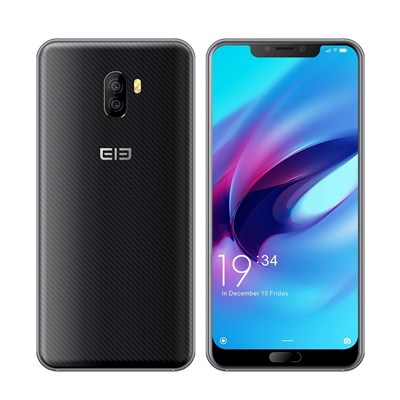 Elephone P60 smartphone comes with a 6.18-inch touchscreen display with a resolution of 1080 pixels by 2280 pixels. The Elephone P60 is powered by 2.0GHz octa-core MediaTek Helio P60 processor and it comes with 6GB of RAM. The phone packs 128GB of internal storage.

As far as the cameras are concerned, the Elephone P60 packs a 20MP + 5MP primary camera and a 24 MP + 2MP front shooter for selfies. The Elephone P60 runs Android 9 and is powered by a 6080mAh gigantic battery.

Check out the Elephone P60 key specifications, features, price and link to an online shopping site to buy.

Infinix Phone Under 90000 Naira With Big Battery and Stylus 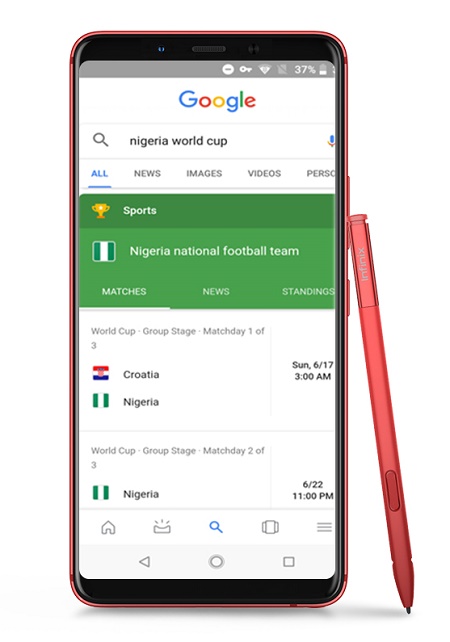 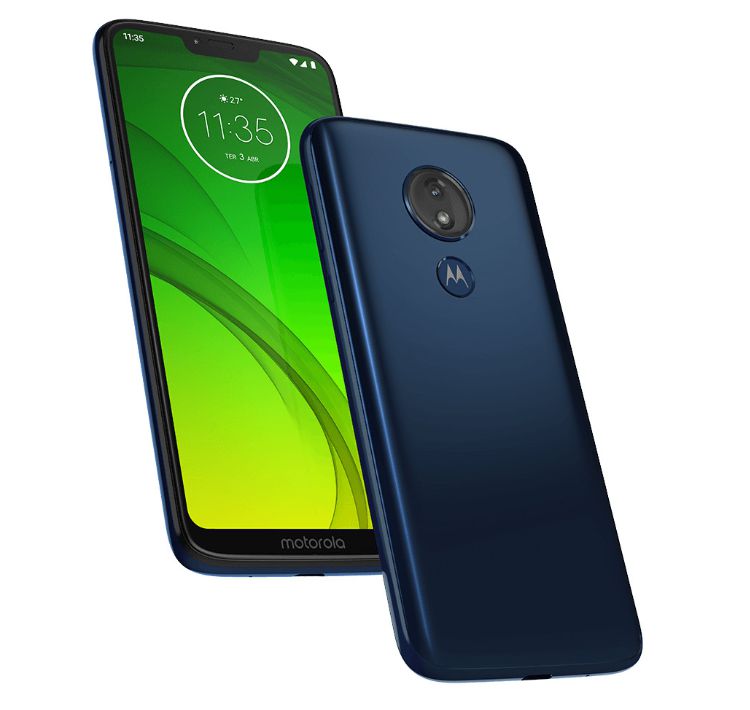 Moto G7 Power has a glass-clad back design and a screen size that measures at 6.2 inches which is similar to the Moto G7 and Moto G7 Plus. The glaring difference is, the screen resolution of Moto G7 Power is lower than the two ‘brothers’, which is only HD +. The notch on the screen is wider, similar to those of the iPhone X.

The Power version of the Moto G7 series comes with an enormous battery of 5000mAh and other cool features. 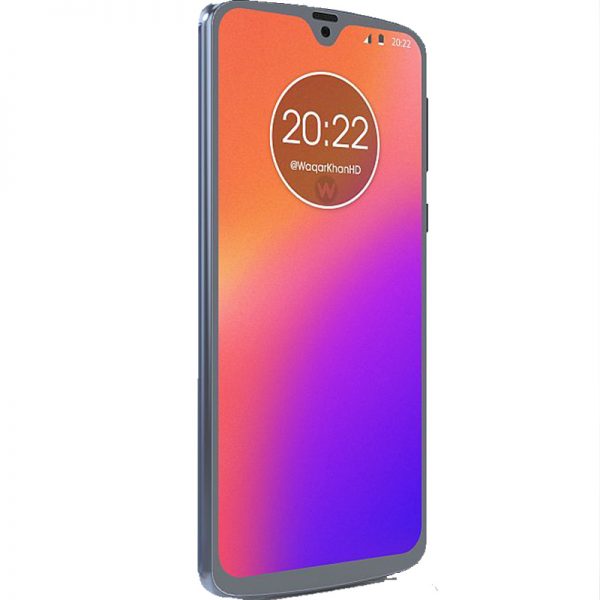 The dewdrop notch fever has also affected the Moto family; hence, we have a Moto G7 that sports the impressive design. As a result of the notch’s presence, there’s more than 82% of the screen to play around with. Additional credits to the 19:9 aspect ratio too though.

The Moto G7 is powered by Octa-core 1.8GHz Qualcomm Snapdragon Processor and it comes with 4GB of RAM. The phone packs 64GB of internal storage. 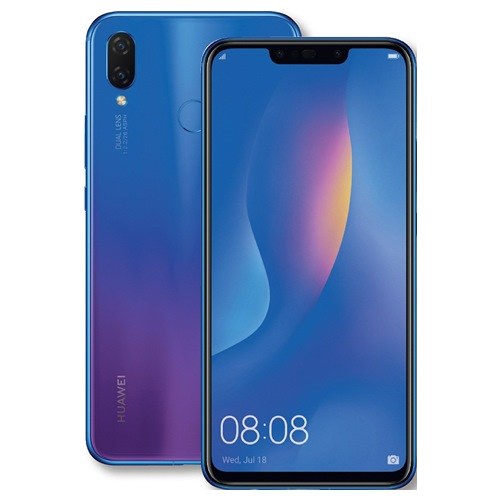 As the P Smart 2019 and the Honor 10 Lite cost the same and are basically clones of each other, it is better to choose the second for its higher resolution front camera and its case.

Even so, you can also take a look at the specifications of Huawei p Smart 2019. 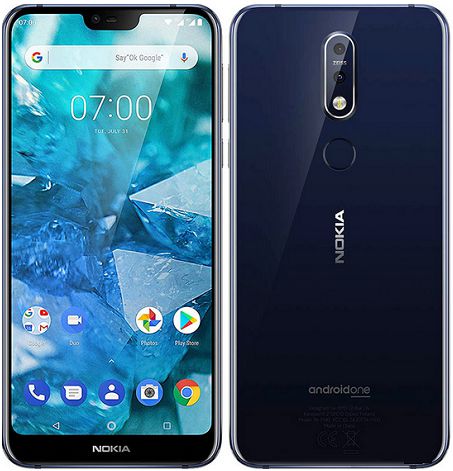 The Nokia 7.1 Plus is the international name of the Nokia X7 launched in China. For the rest, it is an Android smartphone that retains the same features that include Full HD + screen of 6.18 inches, Snapdragon 710 chip with 4GB or 6GB of RAM and 64GB or 128GB of storage, dual Zeiss camera of 12 MP + 13 MP with OIS, 20 MP front camera, USB-C port, fingerprint reader, 3500mAh battery and Android 8.1 Oreo provided by Android One.

Here are the Nokia X7 (Nokia 7.1 Plus) key specifications…

If these phones under 90000 naira aren’t what you are searching, then check out this post on the best Android phones on the market or perhaps…

If you think the phones right here is way beyond your budget, then here are other budget-friendly smartphone lists we’ve made for you here on naijaknowhow.

WhatsApp limits the duration of videos that can be uploaded in status to 15 seconds. This seems to be done...
Read
Applications

Are you in search of the best offline games for kids to enjoy when travelling or bored? If yes, then here...
Read
Tech Tutor

The need for full-screen phones have grown and manufacturers are beginning to see the need to design smartphones that have...
Read more