Popular game output by Tencent, Unknown’s Battleground Player (PUBG) Mobile has been named the richest game in the world.

According to a report published by Sensor Tower research firm, PUBG Mobile’s revenue reached US $146 million or around N52.6b naira in May.

This figure increased 126 percent of revenue in April 2019 which was recorded at US $64.6 million.

Quoting The Verge, this total revenue in May is an accumulation of two games made by Tencent, namely PUBG Mobile itself and also a ‘clone’ game titled Game for Peace which is the ‘soft’ version of PUBG Mobile circulating in China.

It was also called the Tower Sensor as PUBG Mobile’s highest revenue since the game was first released, while making it the best-selling game on the market.

PUBG Mobile is recorded to have played 100 million people every month. 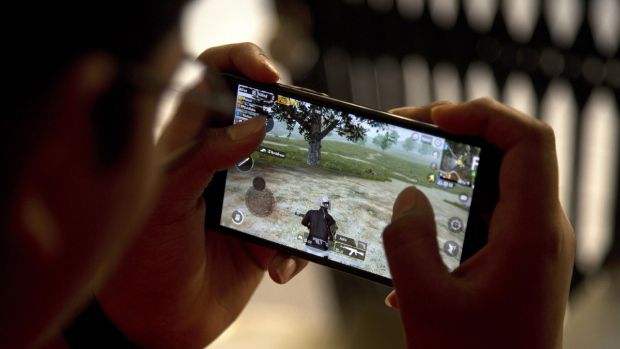 PUBG Mobile is truly free to play. These purses were obtained by Tencent through cosmetic items in the game (clothes, shoes, hats, etc.) purchased by players, as well as premium features that players could enjoy if they paid some money.

This is where Tencent made a profit. You could say, in May, players from PUBG Mobile and Game for Peace spent around US $4.8 million (around N1.7b naira) per day.

For information, Game for Peace which was also released in May is indeed very similar to PUBG Mobile. It’s just that this game is made specifically for the Chinese market.

What distinguishes PUBG Mobile and Game for Peace is the absence of the effect of blood in the game. In the Game for Peace, players who are ‘killed’ also don’t just disappear.

Before leaving the game, they will ‘wave’ and give their ‘weapon’ as a sign that they are giving up.

Tencent itself distinguishes PUBG Mobile games for the Chinese region because it wants to adjust the elements in the game with culture and regulations in China.

With the presence of this game, it can be said that Tencent’s global income for PUBG Mobile games can now be accumulated with revenues in the Chinese region through Game for Peace.

Because, besides being released by Tencent, the game does have the same mechanism but with a different title.