NAIJAKNOWHOWTECHNOLOGY BLOG IN NIGERIA
Home Tech Gist Chrome Actions: List of shortcuts that you can type in the Google...
Tech GistTech Tutor

Starting from deleting history, cache, to opening the incognito tab 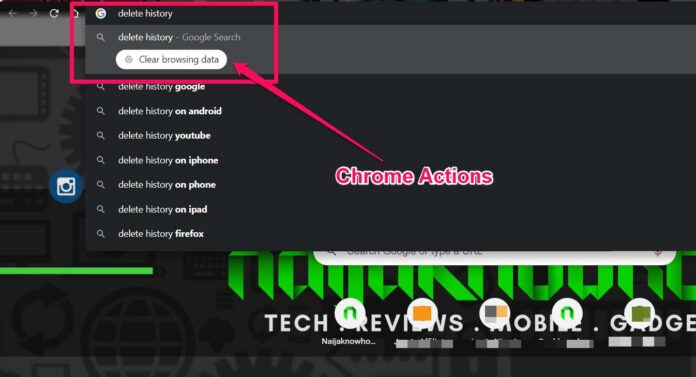 Chrome does not only brings improvements in terms of performance and power efficiency, in the Chrome 87 update rolled out by Google in its browser, Google also added a useful feature called Chrome Actions.

Chrome Actions is a feature that allows Google Chrome users to open several features by simply typing shortcuts in the address bar. It is understood that users can do many things using the Chrome Actions feature, from clearing cache, cookies, and more.

Monitoring in the Chromium source code, it can be seen that there are hundreds of shortcuts that users can use. However, we have found some very useful shortcuts that is already present in Google Chrome.

Please note that this Chrome Actions feature is now only available on the desktop version. In addition, this feature is still being rolled out gradually so there are users who have not found this feature even though they are already running Google Chrome version 87.

With this feature, you can do things faster. Especially if you are someone who is very lazy to memorize shortcuts on the keyboard, the presence of the Chrome Actions feature will certainly be very helpful. Have you tried it?