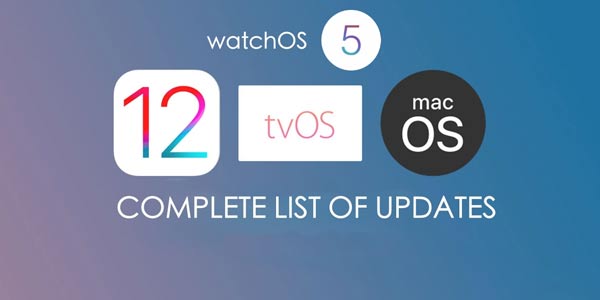 Citing GSMArena, after several months of testing in beta, iOS 12 finally made available for supporting devices, starting the iPhone 5S.

The latest operating system comes with a strong focus on performance, especially in subjects relating to older devices, such as the iPhone 6.

In some cases, opening the claimed application can be 70 percent faster, with the keyboard appearing in half the time as before.

One new feature is Siri Shortcuts for the iOS application, where Apple’s virtual assistant now supports routines with multiple actions.

The Shortcuts application is created to streamline tasks. Quoted from Apple’s official website, users can use their voice to run Shortcuts, making it easier to use their favourite application.

There is also a Memoji feature, Animoji personalization that can be created and adjusted directly in the messaging application.

The new camera effect brings Animoji, Filter, Text, and Stickers to the Messages and FaceTime applications. With Filter, users can make their faces like comics, they can be stored in the iMessage sticker package.

iOS 12 also features a Screen Time feature that allows users to understand and control the time spent interacting with the device.

There will be daily and weekly activity reports that show the total time spent using applications. In addition, there is also an App Limit that allows users to set the time spent in the application.

‘Don’t Disturb’ mode can now automatically end based on a specific time, location, or action.

Users also get more options for managing notifications, and iOS notifications are finally grouped by application.

Apple also presented an update for Apple Watch by releasing watchOS 5 that comes with automatic exercise detection, podcast storage, and Walkie-Talkie applications for interaction with other Apple Watch users.

The new face for Apple’s smartwatch also adds trackers for daily activities, such as yoga and hiking. Users can now also talk to Siri just by lifting their wrists to their mouths and saying requests into watches for Series 3 and newer.

Like on iOS 12, notifications from the same application will also be automatically grouped.