Looking for the most recent iPhone list to pick from? Here’s a compilation of the latest Apple iPhones and prices in Nigeria.

Apple has become such a well-known tech brand that the name alone is likely to ring a bell. The company was founded in 1976 by Steve Jobs, Steve Wozniak and Ronald Wayne and then focused primarily on selling computers. After the success of the Mac products and the iPod, Apple introduced its first phone: the Apple iPhone. This smartphone was going to change the world and nowadays the iPhone is a cult icon and a real status symbol.

A real Apple iPhone can be recognized immediately by its sleek design, fabulous cameras and great specifications. Apple is always committed to delivering premium devices that are finished down to the smallest detail.

The operating system of Apple’s products is the well-known iOS. This software was developed by Apple itself and therefore fits perfectly with your phone. In addition, iOS is characterized by its easy interface, where all your installed apps are directly available via your home screen.

With iOS, you also have standard access to the App Store, where you can download all kinds of apps and games. In addition, with your iPhone, you have access to all kinds of useful apps from Apple itself, such as iMessage and Siri voice assistant. This makes the iOS software the perfect addition to your iPhone’s hardware!

Without further ado, if you want to buy an iPhone, you can choose from the list of different iPhone models below. 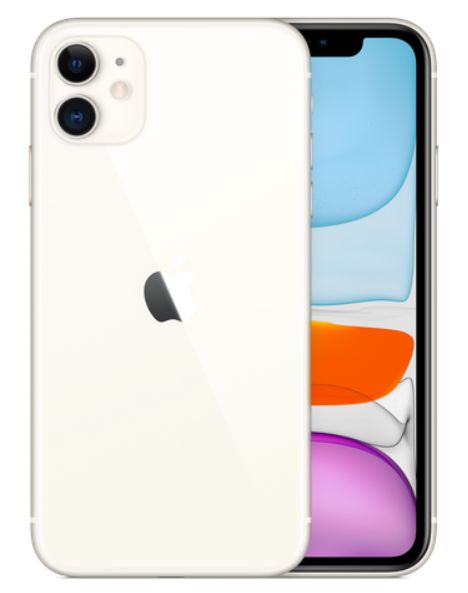 The Apple iPhone 11 serves as the successor to the iPhone XR, the cheapest of Apple flagship phones for last year. Clearly, Apple wants to bank on this “cheap” line of smartphones for those on an “Apple budget”. Even so, the newest Apple Bionic A13 chip gets on board, photography is more pronounced and iOS 13 makes its way through.

Here are the iPhone 11 key specifications… 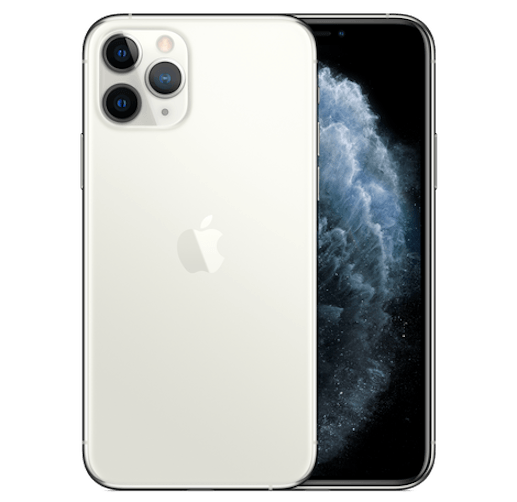 iPhone 11 Pro comes in 5.8-inch Super Retina Display (OLED) display. While the iPhone 11 Pro Max is more spacious with 6.5 inches. We also see a faster A13 processor that delivers better performance in terms of power and energy consumption. The triple camera on the back is also equipped with the latest technology.

In terms of appearance, we see a little less difference, so Apple opted for an OLED panel with a diagonal of 5.8 inches. The back is also made of glass, which makes wireless charging possible. Apple provides support for Dolby Vision and Dolby Atmos. They call it Super Retina XDR. 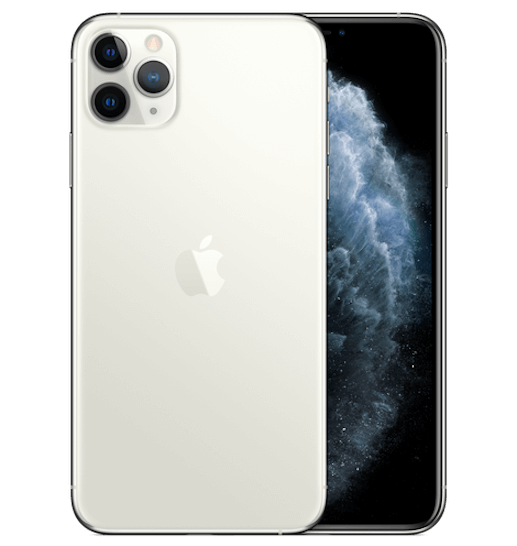 The iPhone 11 Pro Max has a 6.5-inch screen, instead of the 5.8-inch of the iPhone 11 Pro. For the rest, the phone looks a lot like the smaller version, packed with all the advanced technologies that you’re used to from Apple. A lot has also changed from the camera design section, but all the more on the inside!

For some, 5.8-inch is just not enough. For those people, there is this Max variant, with a 6.5-inch diameter OLED screen. The screen covers a large part of the front of the phone so you don’t have to worry that the phone is huge. There is a minimal screen border at the bottom of the screen. 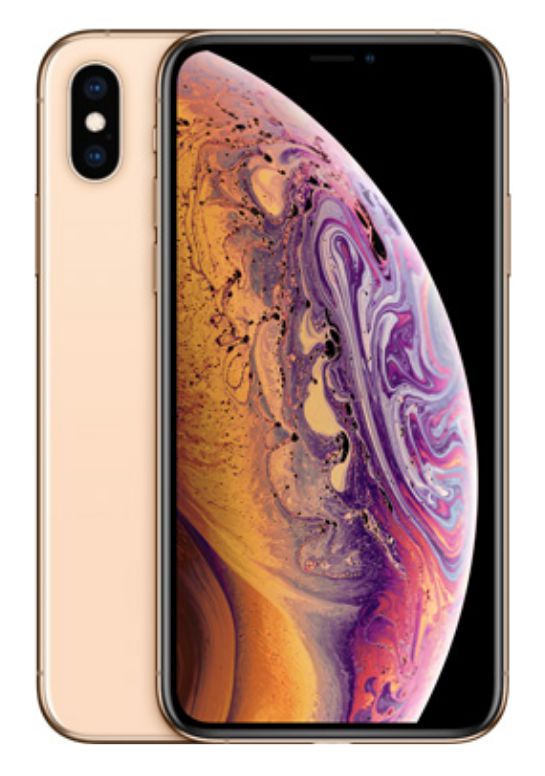 The device therefore still has the well-known 5.8-inch screen with an OLED display, which covers almost the entire front. However, the chip has been improved, making the device even faster. In addition, the camera has also been improved considerably! 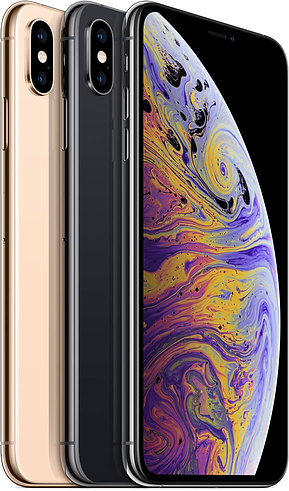 If you did not find the iPhone X of 2017 large enough, you will be happily served in 2018. In addition to an iPhone with the same size as the X, Apple has announced another iPhone: the iPhone XS Max. It looks a lot like his brother, but bigger!

For example, the device has a 6.5-inch screen, instead of the 5.8-inch of the iPhone X. For the rest, the phone is much like the smaller version, packed with all the advanced technologies that you’re used to from Apple. Not much has changed on the outside, but all the more on the inside! 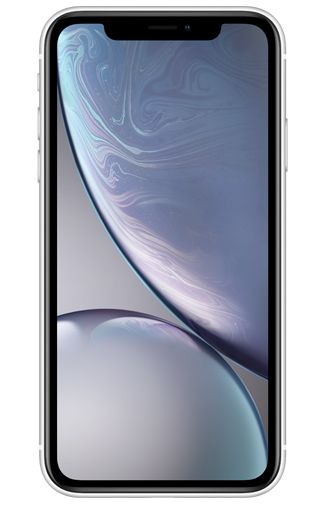 This iPhone XR is an affordable variant of the iPhone X from 2017. Ideal for people who find the iPhone X too expensive. You get virtually the same functions, and that for a lower price tag! So with this iPhone, you get FaceID and a display with thin screen edges.

For this cheaper iPhone, Apple opts for a 6.1-inch LCD display. FaceID has been incorporated for face recognition in the TrueDepth front camera. There is a single camera on the back. Furthermore, the device has iOS 12, Apple A12 chip and 64GB storage memory. 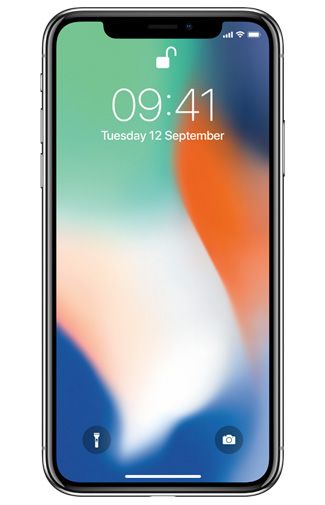 In 2017, Apple is celebrating: the first iPhone is 10 years old! This is why Apple has released a special anniversary handset, the iPhone X. You pronounce this as ‘iPhone 10’. This phone has perhaps undergone the biggest change ever because the device has hardly any edges and no home button anymore! This allows you to enjoy the OLED screen to the maximum.

You can also no longer use TouchID, instead, Apple has added FaceID. Thanks to the 3D camera, the iPhone X can scan your face, giving you access to your phone. The back of the iPhone X is made of glass, so you can charge it wirelessly. 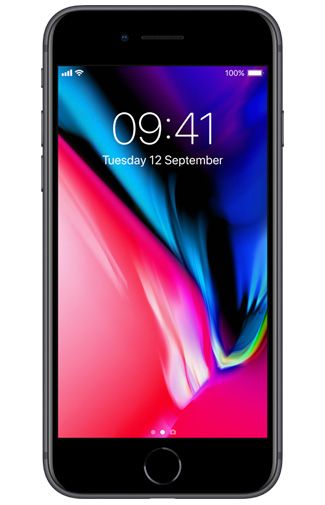 The Apple iPhone 8 was announced in September 2017 together with the iPhone X. The iPhone 8 is the successor to the iPhone 7 and has been given the same, well-known design. The big difference in the design is the use of materials on the back, this is made of glass. This looks nice and also makes it possible to charge the phone wirelessly!

With the announcement of the iPhone 8 and iPhone 8 Plus, Apple skips an S version for the first time. So no iPhone 7S was released in 2017. Yet the device looks a lot like the iPhone 7, only the iPhone 8 has a glass back. This allows the phone to be charged wirelessly. There is also a fast Apple A11 chipset, an improved camera and the new iOS 11. 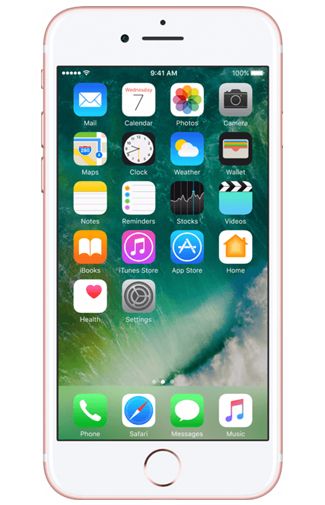 The Apple iPhone 7 is the first waterproof iPhone and has a lot of interesting upgrades with a powerful processor in terms of hardware. Apple has provided the iPhone 7 with a new design, with a home button integrated into the housing. 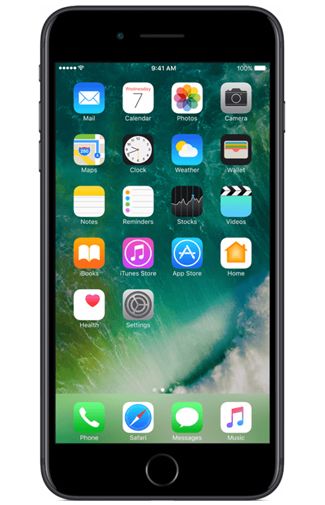 The Apple iPhone 7 Plus is the big brother of the iPhone 7. As ‘Plus’ in the name indicates, this variant is a bit bigger than the regular iPhone 7. The device has a 5.5-inch screen. Below the screen is a home button with fingerprint scanner. This recognizes your fingerprint so you can unlock your phone very quickly.

Moreover, your files are so well protected. A huge plus is that this iPhone is water resistant! So if you walk outside and it starts to rain, you can just keep on walking. Another point in the design is that there is no 3.5 mm connection. You connect your headphones to the lightning connector. A separate adapter is available for your old earplugs so that you can still continue to use them. 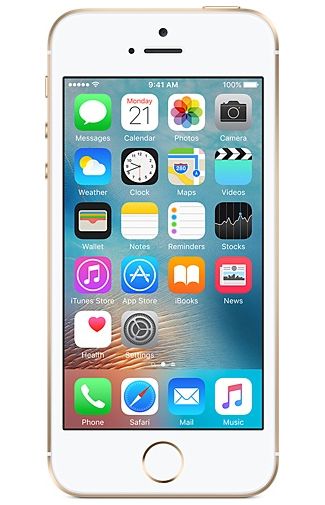 The Apple iPhone SE is, as the name suggests, a Special Edition of the iPhone. This small iPhone is equipped with the amazing hardware of the iPhone 6S, in the housing of the 5S! This gives you a particularly handy and powerful smartphone with the iPhone SE.

The Apple iPhone 6S Plus is the successor of the well-known iPhone 6 Plus. The iPhone 6 Plus came on the market in September 2014. This device was the first so-called ‘phablet’ from Apple, a combination of a smartphone and a tablet.

The appearance of the iPhone 6S Plus is still just as beautiful as that of its predecessor: sleek, modern and ergonomic. However, the device has been considerably upgraded on the inside. Thus taken photos will be even sharper than they already were thanks to the improved camera. The Apple iPhone 6S Plus is a top device with all kinds of fun and interesting features! 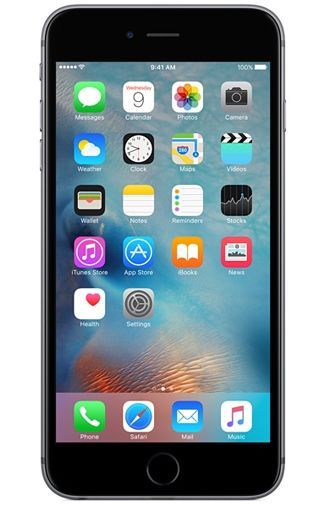 Before the iPhone 7 came out, the Apple iPhone 6S was the best iPhone you could find. This was the first iPhone that was available in the special colour rose-gold. In addition, Apple is the first to provide the iPhone 6S with 3D Touch, making the operation of your iPhone even easier!

There you go!!! Those are the latest Apple iPhones you should consider buying this year.

More on the latest smartphones:

WhatsApp limits the duration of videos that can be uploaded in status to 15 seconds. This seems to be done...
Read
Applications

Are you in search of the best offline games for kids to enjoy when travelling or bored? If yes, then here...
Read
Tech Tutor

The need for full-screen phones have grown and manufacturers are beginning to see the need to design smartphones that have...
Read more