In this article, I'll be listing the best offline/online football games for Android device, these football games are very exciting to play and you'll get addicted to playing them.

Contained here is a perfect list of the best offline and online football games for Android smartphones. Football games are always fun to play mostly when we play against an online opponent, the rage and the excitement we get when we lose or score is something that explains our passion for football.

We all have teams we support, countries and also different football leagues we like to watch and sometimes play them on game consoles via that football game discs that can be acquired from online game stores. While some prefer to play soccer games on PS3, PS4, PS5, Xbox or other gaming consoles, a number of people still prefer gaming on their Android devices. If you love football games so much and surely can’t do without having at least one or two football games on your Android device, well here is an article that’ll interest you.

In this article on Naijaknowhow, I’ll be listing the best offline and online football games for Android devices, these football games are very exciting to play and you’ll get addicted to playing them.

List of the Best Offline and Online Football Games for Android

During my leisure time, I find myself playing Score Match, and I can boast I was one of the first 10,000 people to download this game, it’s addictive and also gives me joy when I win matches on injury time. sometimes I get crazy when I see my winning streak not cutting short anytime soon.

Score Match is a one-touch football game where you’ll play against players from different countries, it has lots of arenas and in this game, you’ll find very skilful players, amazing pitches and also different jerseys and football shoes, there are lots of events to participate in, you can also unlock players and formations. 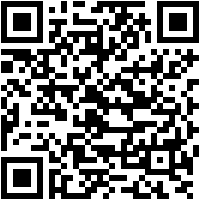 Fifa Soccer is another amazing football game to play on Android, comes with realistic graphics and real-time live commentary, this game is one of the best you’d prefer to play on your Android device. In Fifa Soccer, you have to build your ultimate team and conquer the football world with them. There are many challenges and many achievements to collect.

Fifa Soccer needs an internet connection if you want to get the better of it, this game has real licensed teams, countries and players and you can also play the famous champions league as well. You can go head to head with opponents online, this game offers a lot of fun.

Also Read:  How to Uninstall System Apps on Android Devices

Score Hero is a one-touch football game, very similar to Score Match but it’s different because you can play it offline and also it doesn’t require spending much time on a match. In Score Hero you have to be the hero that takes your team to the next level, become a legend by achieving and winning trophies from different clubs and also shine for your country. The deal is to make the decisive passes and shoot the ball to score the goal you need.

Score Hero has over 660 different levels, which means you can play as many games as you want till you have unlocked every level, you can also customize your Hero, join different teams, win a lot of trophies and be the best player you can be.

eFootball 2022 is another exciting football game you’ll like to play on your Android device, it has a lot of moments and tournaments that’ll blow your mind when playing, this game has realistic graphics and also comes with the latest updated players, real-time football pitch and also a good commentary on matches. Build your ultimate team on eFootball 2022 and take on different opponents online and also offline.

eFootball 2022 is one of the best football games and you can play it on your Android device. Aside from downloading the official version below, you can download the PES 2021 Mod APK+OBB Data which has all the better updates compared to the official eFootball 2022 which has limited updates.

Though there’s no official FIFA 21 for mobile devices like Android, this particular FIFA 21 is a mod version of FIFA 14, but it has all the latest updates in the football world, you can play and enjoy realistic gameplay on your Android device, it has good commentary and it works mostly offline. FIFA 21 is one of the most played football games on Android at the moment.

FIFA 21 is a mod version like I said earlier, but it has all the newly added football teams, countries, jerseys, shoes and also the latest players who represent different clubs and countries. You can also play the last season’s UEFA Champions League in it. FIFA 21 is one of the best football games for Android you should try out.

DLS 22 can outrightly be said to be one of the best soccer games out there for Android smartphones. Of course, if you played DLS 2021 Mod and DLS 20 Mod you would agree with me. Dream League Soccer has got intriguing gameplay for Android devices.

Dream League Soccer 22 is very fun to play and it has all the latest player transfers in it, you can play for as long as you want and also win many trophies internationally and locally. This is one of the best offline and online football games for Android devices, you can download it using the download link below.

7. Top Eleven Be a Soccer Manager

Top Eleven Be a Soccer Manager is one of the best football manager games you should play on your Android device if you love playing as a manager who manages football teams. This game has licensed teams and players and your task as a manager is to build your team and take them to win competitions, you can play online against other players as well as you can play offline. Build your players by taking them through intense training.

Buy and sell players, scout for players and also become the best football manager on the leaderboard. This game has stunning graphics and it’s one of the best offline and online football games for Android users.