This article contains some of the best superhero games for Android and iOS devices that you can immerse yourself in and enjoy. Learn more!

Growing up as a kid, you must have enjoyed seeing superhero movies, playing with different superhero toys, and absolutely dreamed of becoming one. Superheroes gained much popularity via cartoons, comic books and movies, and whereas you cannot become one, you can experience being one by playing the best superhero games on your smartphone.

Right here on Naijaknowhow, we’ll be looking at the best superhero games for Android and iOS devices that you can immerse yourself in and enjoy. If you were in search of the best titles to play on your smartphone, then we’ve got you covered. Get ready for intense online battle gameplay.

If you enjoy strategy, role-playing games and online multiplayer battle games, then you are in for a treat, as our compilation of the best superhero games for mobile, are situated in these genres.

This is a 3D fighting superhero game that offers you more than a hundred DC characters, both superheroes and villains. You literally could play with any character you wish to use. It gives you an action-packed fighting experience that you’d not want to leave for a moment. Yes, this game is addictive and will keep you occupied.

Injustice 2 gives you the opportunity to master new tactics and crush opponents in dynamic 3v3 battles. You can upgrade your superheroes with special powers as you fight your way through. Want to be a champion? Well, do this by collecting gear for your characters and dominating your foes in PvPcontests. Every epic battle in this CCG fighting game will define you. This is easily one of the best superhero games you can download and play on your smartphone. 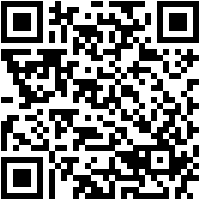 Become Gotham’s superhero as you immerse yourself in the telltale series of Batman. In this game, your actions and your choices will determine the fate of the Batman. Discoveries will be made and battles will be fought in the already fragile stability of a corrupt Gotham City. As the title suggests, the Batman is by default the only character you can use in that game.

You will enjoy playing this amazing superhero game on your smartphone device, but you can only play its first episode for free. Episodes 2- 5 can only be gotten when you purchase the Multi-Pack bundle. You should also know that this game does not support some smartphone devices and GPUs, so do well to check your phone’s compatibility information via Google Play Store or App Store before downloading. 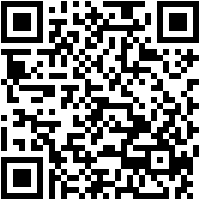 Talking about the best superhero games for mobile, the power rangers legacy wars easily marks a spot. This competitive multiplayer game gives you the opportunity to fight and defeat Rita Repulsa, the space witch, who has infected the Morphin Grid, creating virtual monsters and Ranger clones programmed to fight on her behalf. You get to experience your favourite Power Rangers and their iconic moves like never before.

You can choose your favourite warriors and create the best team to fight for you. Power Rangers Legacy Wars is a free-to-play game both on Android and iOS smartphones. MCU’s superhero characters have gained popularity more than other superhero characters from other franchises. Marvel Strike Force is a game that allows you to experience the powers of Thor, Ironman, Deadpool and others on your mobile device. With over 20+ characters, you can lead the charge, defend earth, and form alliances with this superhero game on your smartphone.

Get ready for battle alongside allies and arch-rivals in this action-packed, visually stunning role-playing game on your device. It is absolutely free to play, so you do not have to worry about in-app payments. In this game, who you bring to fight matters for victory, so you need to be strategic with your gameplay at all times. Enjoy a seamless mobile game experience as your favourite marvel superheroes and supervillains! Find out more MARVEL games for your smartphone here. Travel through space and time, and battle throughout the galaxy in this addictive roleplaying superhero game. Want to work as a team with your friends? This game offers a multiplayer mode for that. Star Wars Galaxy of Heroes is definitely one of the best superhero games for mobile. There are different RPG-based events you can play here, such as; Squad Cantina Battles, Galactic Challenges, PvPSquad Arena, & Squad Tournaments.

Go now and dominate the holotables with your squad of iconic heroes in an epic team battle. Battle rebel leaders and empire stalwarts all through the galaxy and become champions. In this game, you can unlock legendary heroes and characters from every era of Star Wars, level up and upgrade hero units to create your ultimate dream squad, and equip your heroes with upgradable gear to unlock their true potential. You should definitely play this game on your device. Experience being a superhero on your android and iOS smartphone as you immerse yourself in the action-packed single-player superhero game. Here you get to play with DC superhero characters, and you can only choose one at a time. DC Legends is packed with all of your favourite Justice League superheroes and villains. This game offers you an exciting story mode across iconic DC locales, including Metropolis, STAR Labs, and more.

Join Batman, Superman, The Flash, Wonder Woman, The Joker and many more in a battle against Nekron and the Manhunters. Collect and level up your unlikely team of Super Heroes & Super Villains to save the world in epic 4v4 combat. You can also compete against other players around the world to demonstrate your superior team-building skills, and climb the ranks in 14 unique Leagues. This is a game you’ll enjoy playing with your friends.

DC Legends is free to play and can be downloaded on your Android or iOS device without any issue with compatibility. Go now and recruit your favourite characters for the ultimate fight for justice. Another awesome superhero game is the DC Heroes & Villains, this is an epic Puzzle RPG superhero game that allows you to collect and train legendary DC icons like Batman, Superman, Wonder Woman, Lex Luther, and Harley Quinn, and take on enemies to survive extinction.

In this game, a mysterious pulse has stripped away all superpowers, and it’s up to you to assemble the ultimate super team and fend off this galactic threat. You can build your very own team of fan favourite DC Super Heroes, Super-Villains or both, and become the master in RPG Puzzle games to wipe out your enemy and survive extinction. This game is available on both Android and iOS devices. 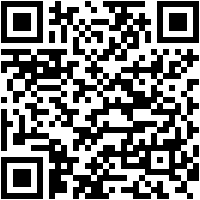 Enjoy 1v1combats against other heroes and villains in this single-player fighting game. Superheroes 3 Fighting Games is fully offline, and mainly for those who do not like the idea of using their mobile data to play games. As such, it is also power saving. Here, you become a superhero and fight to conquer the world. You will have the opportunity to demonstrate powerful combos and acrobatics with your favourite superhero or villain character.

This game gives you an epic 3D graphics experience on your smartphone. It surely has become one of the best superhero games that you can download and play on your Android or iOS device for free. While playing, you should have in mind that the survival of your hero is in your fists. This game is more of a street fight for superheroes. Get to beat everyone with different fighting techniques and show your friends who the champion is. 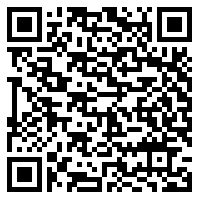 The above listed are the best superhero games for smartphones and tablets. You will enjoy playing these games during your work- free time. They are action-packed, will give you a sense of strategy, and offers the best graphics experience for mobile devices. If are you playing any other superhero game, leave a comment below. Cheers!