Are you looking for a smartwatch in Nigeria but do not know which one to purchase? We have selected the three best smartwatches for you right now. 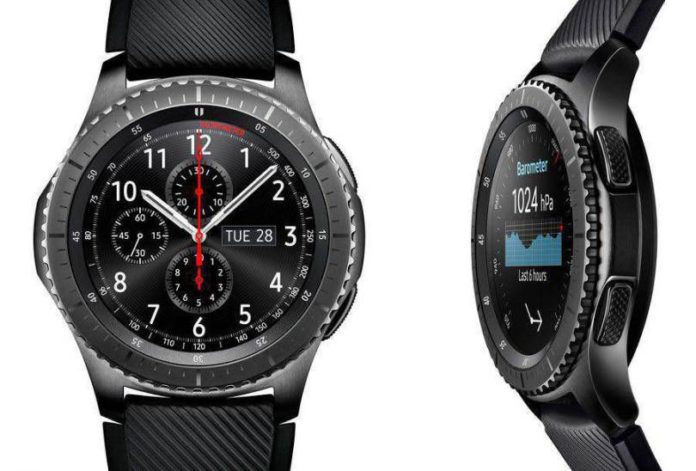 Are you looking for a smartwatch but do not know which one to purchase? We have selected the three best smartwatches for you right now.

The market for smartwatches is increasing, which means we as consumers increasingly have more choice. It is difficult to choose from so many options and that is why we list the top smartwatches on Naijaknowhow for you to make the choice easier.

Without further ado, let’s delve right into it! 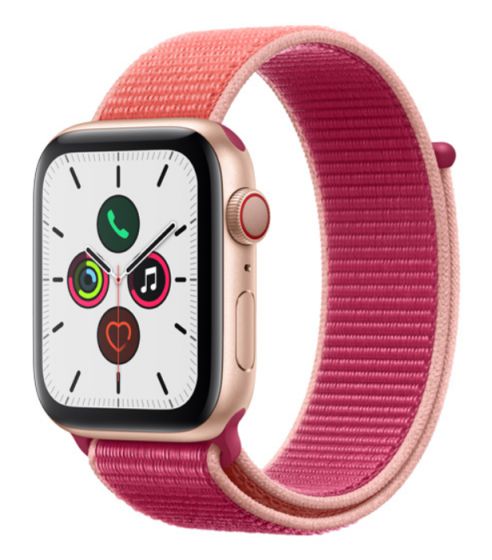 The Apple Watch Series 5 has not visually changed compared to Series 4. They come in two sizes of 44 mm and slightly smaller than 40 mm for those with thinner wrists. The case is delicate but durable, and even the aluminium model which is the cheapest is exceptionally high quality. The design is as premium as in mobile products.

The main difference between Series 5 and Series 4 is the constantly on display, it always shows the time. WatchOS 6, installed on Series 5 and available for previous generations, has some fun new additions. For example, a slight touch on your wrist allows you to mark every hour.

The Noise app is an interesting continuation of Apple’s health care. It will warn you when you are in a noisy environment and how prolonged exposure to sound can damage your hearing. This is one of those features that are not so useful but provides an additional level of awareness about our surroundings.

Apple Watch and WatchOS 6 work very well together, with excellent performance and a simple, fast to learn, user interface. Everything is so holistic and smart. Introduced in WatchOS 5 and the Apple Watch Series 4, electrocardiogram (ECG) monitoring is now available to most owners around the world. It is easy to use, but it is actually intended only for cases where you feel an irregular heart rate. If the smartwatch detects an irregular heartbeat, they will send a notification.

Despite the fact that charging smartwatches every day is natural, and Series 5 has new features that put additional pressure on the battery, it is disappointing that the new model was not able to extend the battery to two days with regular use.

Apple Watch works with Apple Pay, you can store music on them locally (or use Spotify / Apple Music), connect Bluetooth headphones to them, make calls, communicate with Siri, reply to messages and emails, check the weather, use them as Remote Shutter Buttons Without exaggeration, the Apple Watch can be called the most fully functional smartwatch that can be worn every day. 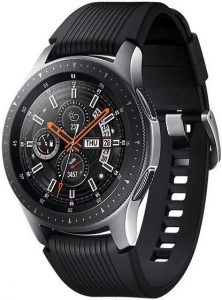 Samsung Galaxy Watch is the best smartwatch, provided that you have an Android phone, regardless of whether it is made by Samsung, LG, HTC, Huawei or any other brand. They use their own Samsung Tizen software, and at the moment it is better than Google’s Wear OS.

Why? Mostly because of how you interact with the software using the Samsung Galaxy Watch and other recent Samsung smartwatches, including Gear Sport. Tizen relies on a rotating frame that helps you quickly and easily navigate the menu, instead of pushing and touching the tiny touchscreen with every interaction. The bezel rotates with a satisfactory click, and minimizing screen taps allows you to save the 1.3-inch AMOLED screen (the smaller Galaxy Watch with a 1.2-inch screen is also available) from a large number of fingerprints. In my opinion, this is an undeniable bonus.

The wearable gadget itself is Samsung’s most stylish and most similar to the watch. They move away from the sporty style applied to the Gear S3 and Gear Sport. Samsung also abandoned the Gear name for the Galaxy Watch, introduced two case sizes and many straps and colours. The 46 mm version is only available in silver, and the 42 mm version is in black or gold.

Despite the change in style, there are many fitness features, including a heart rate sensor, automatic recognition of workouts, physical tracking, built-in GPS and a number of fitness apps available on the Samsung app store. There is 4 GB of internal memory for storing music, Spotify music playlists are supported, and can connect to Bluetooth headphones so you can exercise without a phone.

You can use the Galaxy Watch with almost any Android phone with the Samsung Gear app, as well as iOS, although it lacks some functions, and we still recommend the owners of the iPhone an Apple Watch. 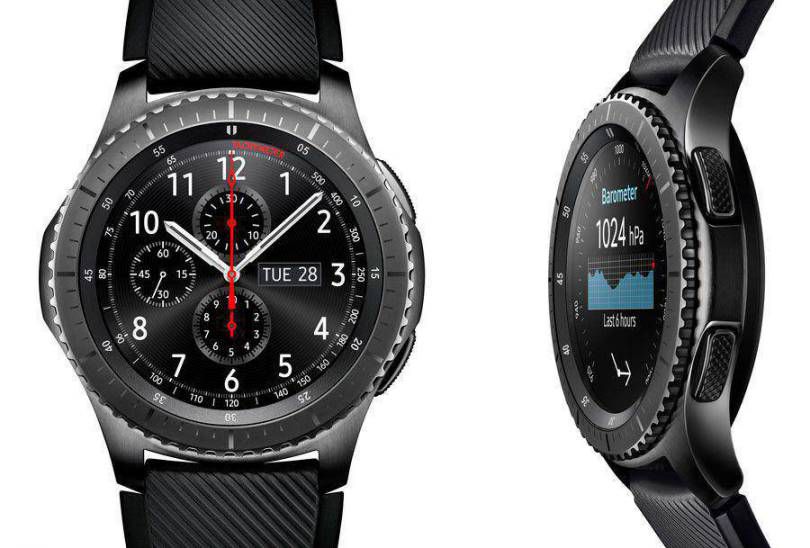 To begin with, the Samsung Gear S3 has a nice design. It has two different variants, namely the Frontier variant and the Classic variant. The frontier looks more sporty while the classic variant looks slightly more elegant. Both watches have the same functions.

With the Gear S3 you can do almost anything you can do on your phone at the moment. You can download apps like Spotify, it is possible to listen to music via the watch and you can also call via the smartwatch. The Gear S3 also includes a GPS function that its predecessor does not have.

The watch itself is quite easy to operate. Via the ring on the watch you can easily turn through the main apps. Via the bottom right button, you switch to the app menu and switch easily with the top button back to the main menu. Samsung even claims that the watch can last up to four days depending on usage. But with normal use, you can better start from two days, which is not bad for a smartwatch. The watch runs on Android but iPhone users can also connect to the smartwatch through the app that can be downloaded in the app store. 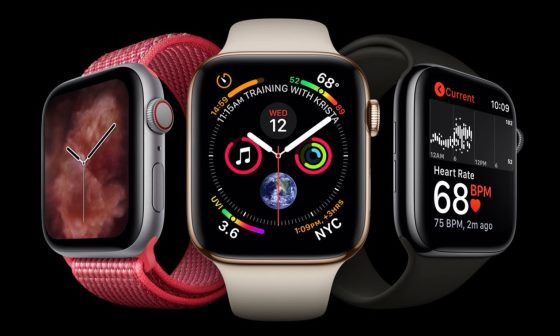 Apple has also launched a series of smartwatches on the market. Would you like an Apple watch? Then we suggest Apple watch 4. Apple has focused on health with its smartwatch. It has a heart rate monitor that also warns you when your heart rate is too high or too low.

Not only that, this new smartwatch is also equipped with the ability of Electrocardiography (ECG) to record the electrical activity of the heart using sensors. This feature will notify users if they have heart rate abnormalities. Fall detection is one of the big new additions here and it works thanks to the new, more accurate accelerometer sensors inside the body.

The Apple Watch 4 is also waterproof, just like the Samsung Gear S3. The Apple watch can be up to 50 meters deep underwater. The design of the watch is square and looks little like a regular watch.

In addition, the screen is also a touchscreen and is scratch resistant. The battery life is slightly less, with normal use, the battery lasts about 18 hours and you should have to charge it every night. For users who do not have a phone running on the operating system iOS, it is not advisable to purchase this watch, because you can only use the smartwatch if you own an iPhone. 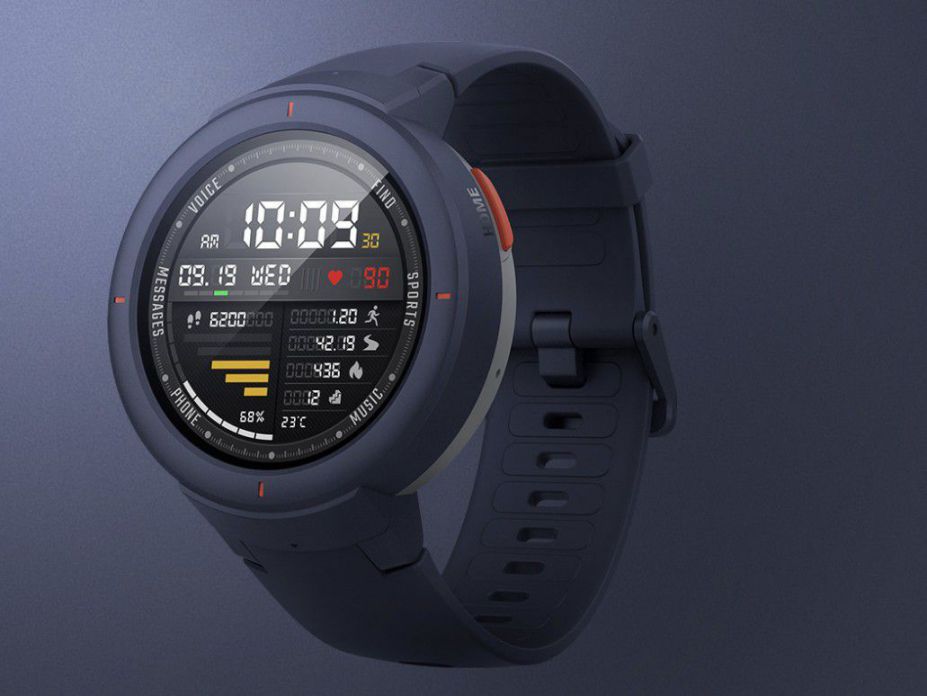 The Amazfit Verge has a circular 1.3-inch AMOLED display with a resolution of 360 x 360. The display is protected by Gorilla Glass 3 and the watch’s body is 46g heavy and 12.6mm thick. It’s powered by Huami’s own operating system (no Wear OS, here) that should run just fine with a dual-core processor and 512MB of RAM.

When it comes to features, the Amazfit Verge has just about everything you could ask for — including NFC for mobile payments via AliPay, Built-in GPS, Heart-rate sensor, IP68 waterproofing, Xiao voice assistant and Integration with Mija smart home ecosystem. Even with all that tech crammed inside the Amazfit Verge, when it comes to its battery life, it is still promising and can last around 5-days of battery life on a single charge.

For people who exercise a lot and health is important, we recommend the Apple watch 4, provided you are in possession of an iPhone. If you just want a smartwatch that has a lot of functions and looks good, then the Samsung Gear S3 is the right choice. Or do you want a smartwatch that looks almost like a standard watch, is not too expensive and you do not mind having fewer functions than the Amazfit Verge is the right choice?

Do you already have experience with one of these smartwatches? Share your experience in the comment below.

Hoverboards are becoming essential for individuals living in towns, used as sports or means of transport. Hoverboards are considered the best transportation mode in...
Read more
Buying Guide